For whatever reason, it was challenging to find a semi-affordable Airbnb in Paris. We had found a nice one and attempted to book it for four nights but the owner rejected our booking because he was "looking for someone to rent it for longer." _Have you ever heard of that before!?_ It was a bummer since we were no longer certain we'd have a place to go in Paris. Thankfully we eventually found another decent place, but it was only available starting the night after we left Stirling, meaning we had to find a place for the night in between. This is how we ended up in York.

York is a historic walled city, home to the well-known York Minster. The city walls are exceptionally well preserved and it’s popular to walk on them- in total about 2.5 miles. We did a self guided tour of most of it before we ran out of daylight.

The walls of York were initially built in 71CE by the Romans. What stands today has seen some modifications and upgrades since then, but it’s quite an ancient wall.

Here are burn marks on the arch from an angry 14th century mob. Upset over rising taxes…


The self-guided walk also brought us to Clifford's Tower, the keep of a medieval Norman castle. 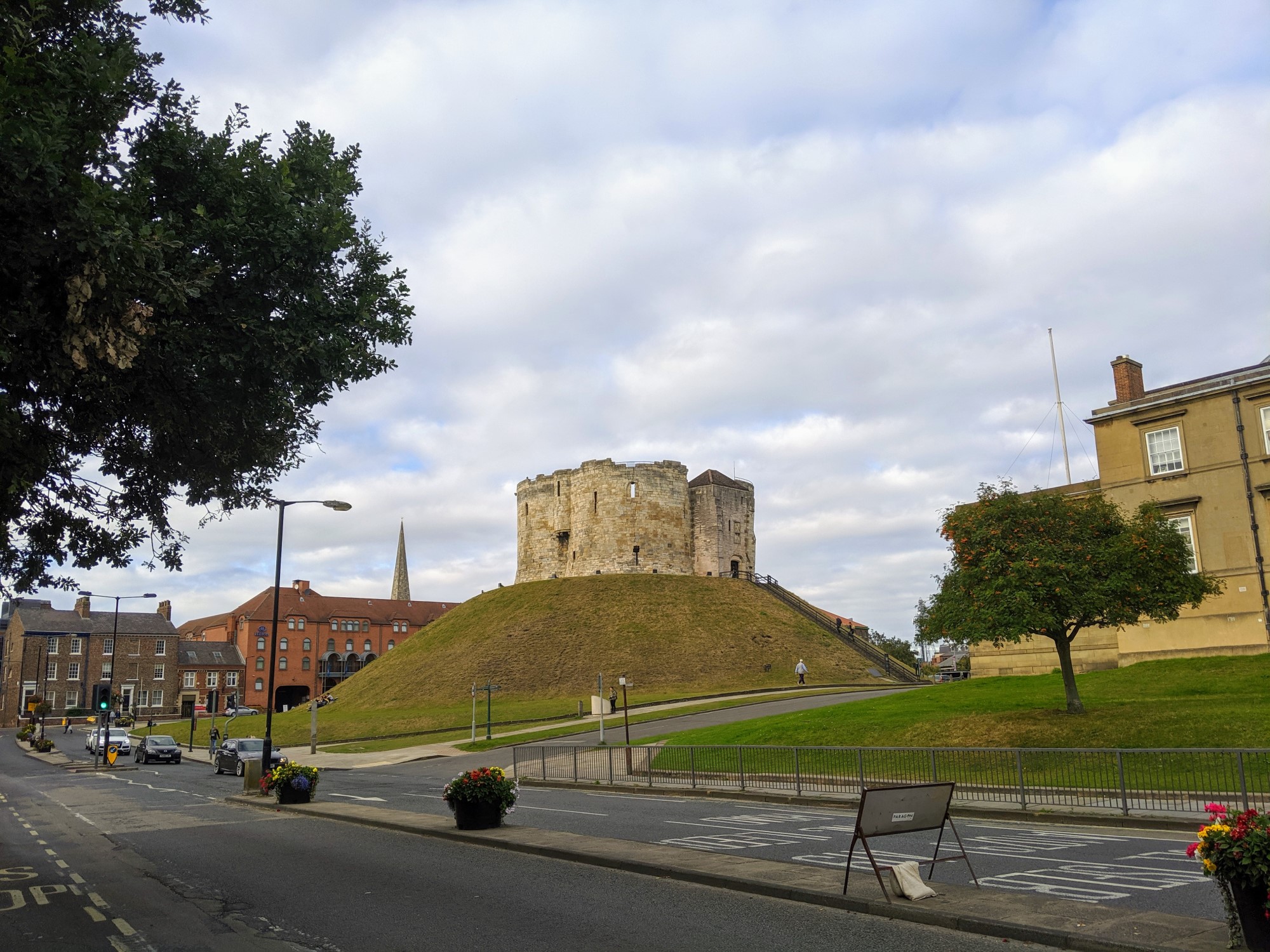 Here we were startled to find a plaque with Hebrew on it. 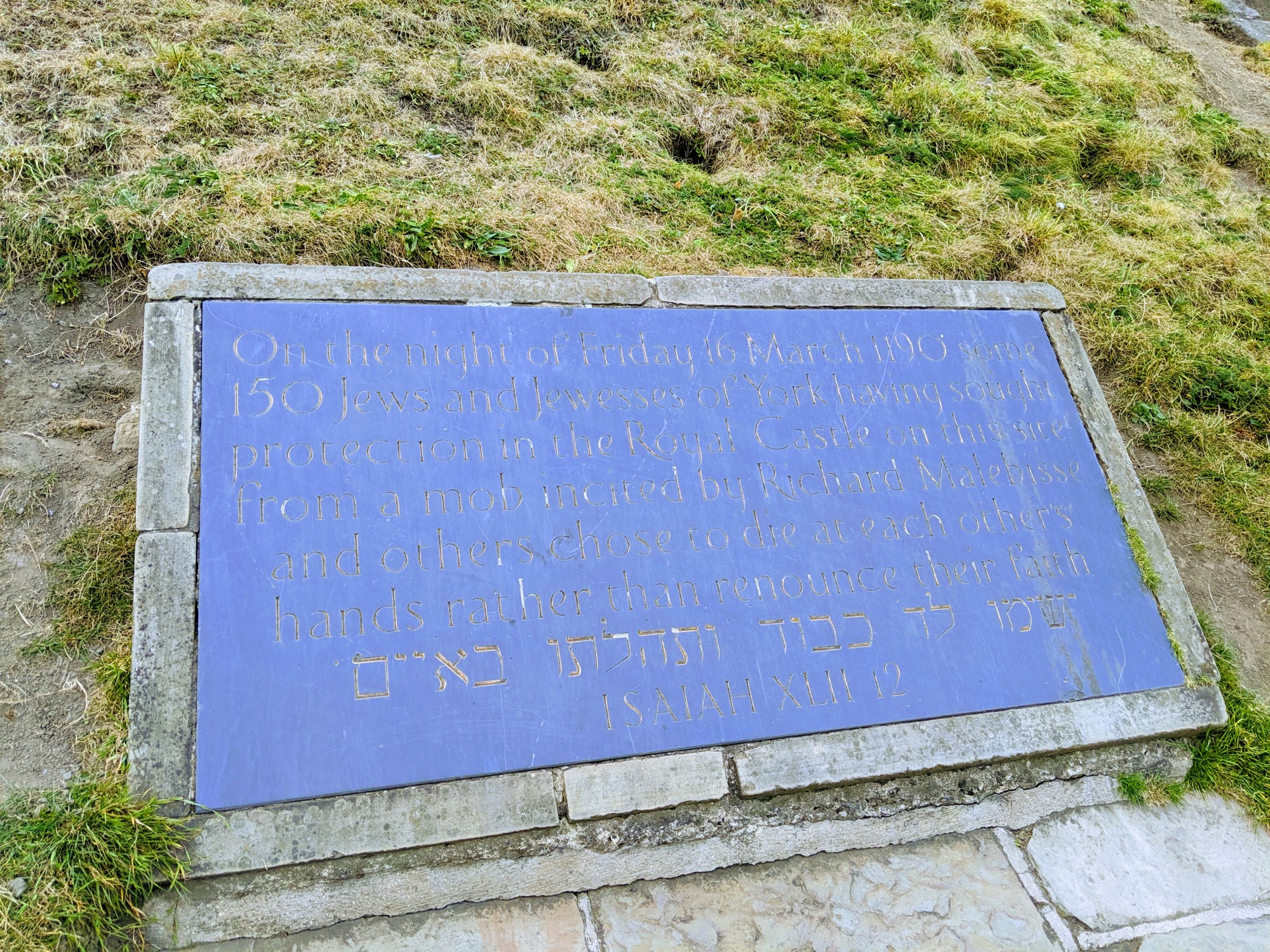 It's difficult to read, but it says:

One the night of Friday 16 March 1190 the 150 Jews and Jewesses of York having sought protection in the Royal Castle on this site from a mob incited by Richard Malebisse and others chose to die at each others hands rather than renounce their faith.

The text is followed by an inscription in Hebrew which is an excerpt from Isaiah.

Yep, welcome to Europe, where Europeans have been persecuting and killing Jews for hundreds of years.

York has a very “Harry Potter” feel in one section of the city, called The Shambles. It’s really wild to see cars and even trucks driving down these narrow medieval streets. Some of these buildings are from the year 1350CE! Unfortunately we didn’t get great pictures of this area, so [here is one from Wikipedia](https://commons.wikimedia.org/wiki/File:Shambles_shopper_8686.jpg">:


We were glad we stopped in York but were also happy to be getting back on the road after one night. Old castles and medieval walls are indeed fascinating, but after seeing so many in Scotland I was definitely in need of a break. Also York felt very touristy, which was off-putting.

It was my second time in York. It’s an interesting place to stop by if you’ve never been. It’s a little less appealing the second time through. While we had a nice enough time, I would have preferred an extra night in Paris, or even a night in Dover or Canterbury instead- which we had considered, but were unfortunately too out of the way.

I feel like we saw everything. Once was enough.

Conclusion: Once Was Enough