Valparaiso is a port city about one and a half hour’s drive from Santiago. It is a city known for it’s colorful houses, cool graffiti artwork, and hills that will leave your legs feeling sore. UNESCO even labeled it a World Heritage site. 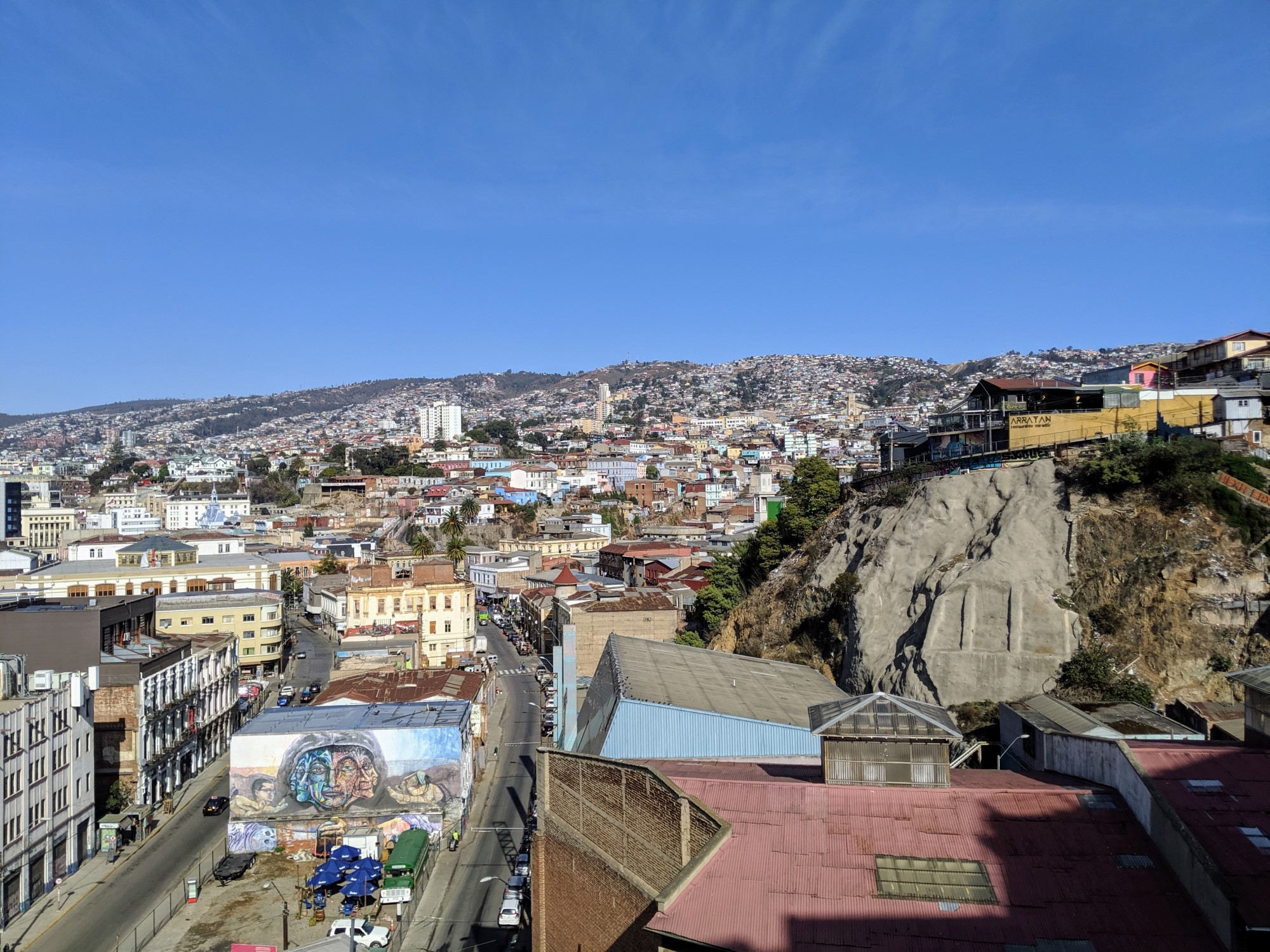 The city feels like the Latin version of San Francisco. Dotted along the hills, to help transport people up and down, are ascensores, or lifts. It cost us 300 Chilean pesos each (~50 cents) for this opportunity.


(Pablo Neruda is a famous Noble Prize winning Chilean poet-diplomat-politician. Check out his poetry- I fell in love with it in 11th grade thanks to my teacher Ken Boiselle)

We were able take an audio-guided tour that came with the price of the admission. I would highly recommend this- it lasted about an hour and was very well done (as opposed to the terrible hop-on hop-off bus tour in Buenos Aires). Unfortunately you’re not allowed to take pictures of the interior, but look it up if you’re curious! It was pretty quirky and had a seaside cottage feel, with beautiful views of the water.

We were having a lot of fun until we heard about a Canadian expat who was murdered in Valparaiso in front of his wife and daughter that same day. Thank God we were late getting out that day and Ryan spent a long time talking coffee to a barista. Cerro Alegre (where it happened) was the direction we were headed, and where many of the above pictures came from. We didn’t know about it until later when a local told us about it, after we had walked up the hill to La Sebastiana, through some isolated, sketchy parts of town… Needless to say, we took an Uber back to the Airbnb. We only had two days here and it was definitely enough. We were glad to get back to Santiago.

He who does not travel,

who does not read,

who does not listen to music,

who does not find grace in himself, dies slowly.

He who slowly destroys his own self-esteem,

who does not allow himself to be helped,

who spends days on end complaining about his own bad luck,

about the rain that never stops, dies slowly.

He who becomes the slave of habit,

who follows the same routes every day,

who does not risk and change the colour of his clothes,

who does not speak and does not experience, dies slowly.

He or she who shuns passion,

who prefers black on white,

dotting ones rather than a bundle of emotions,

the kind that make your eyes glimmer,

that turn a yawn into a smile,

that make the heart pound in the face of mistakes and feelings, dies slowly.

He or she who does not turn things topsy-turvy,

who is unhappy at work,

who does not risk certainty for uncertainty,

those who do not forego sound advice at least once in their lives, die slowly.

He or she who abandon a project before starting it,

who fail to ask questions on subjects he doesn’t know,

he or she who don’t reply when they are asked something they do know, die slowly.

always reminding oneself that being alive requires an effort by far

greater than the simple fact of breathing.

Only a burning patience will lead to the attainment of a splendid happiness.

I’m glad we went to Valparaiso and saw this incredibly unique city. That being said, I was glad when we left and I’m not too anxious to return. It felt uncomfortably sketchy. There are some good restaurants and a great coffee shop, but I can find those things in other cities. I’ve seen the city built up the mountain, that’s good enough for me.

Maybe with a tour group. But otherwise, once was enough.

Conclusion: [Once Was Enough] (https://hotsauceandcoffee.com/tags/once-was-enough-dwntgb/)