In the house I grew up, we had a big world map hanging up in the hallway upstairs. Twice a day when I would brush my teeth and was otherwise unoccupied for two minutes, I would study this map. One place always drew my attention: Tierra del Fuego. Land of Fire. Doesn’t that name make your imagination run wild? What must the land look like to inspire such a name?

Let me show you:

We arrived in Ushuaia Wednesday afternoon to a cold “heavy drizzle” as our pilot described it, in an interesting translation that we interpreted as “rain”. We only ventured so far from our AirBnB to get something to eat. Neither one of us really felt motivated in the cold dusk do to any exploring.

This meant we started off Thursday without much of a plan. The sun didn’t rise until after 9am, so we weren’t out the door until 10:30. Luckily the weather was dry, the sun was somewhat out, and we learned to bundle up a bit more to stay warm. This was the view from the neighborhood:The previous day it was so cloudy that we had no idea the mountains were so close 🤦‍♀️

We hired a remis (like a black car service) driver to take us 30 minutes west of Ushuaia, to the end of the world… well, the end of the 19,000 mile Pan American Highway that begins in Alaska. This is the route according to Wikipedia, if you’re curious like I was: 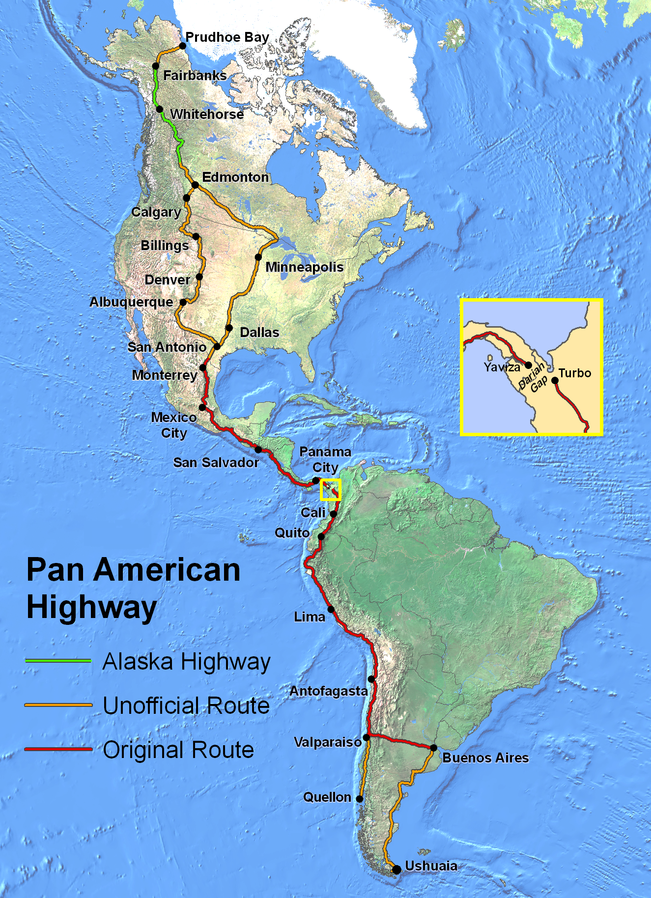 The route takes you into the Tierra del Fuego National Park, which for visitors is free starting in May (and I assume for the rest of the winter). The landscape has an incredible contrast between the snow covered mountains, the greenish golden grass, and the dark brown trees that have dropped all their leaves for the season. I have to imagine the fall foliage must be incredible as well here for the same reasons.


It is truly breathtaking, and did not disappoint my decades of built up expectations from yearning to come to the land of fire.