Ryan and I left lovely Porto and headed for southern Spain. Luckily for this portion of our trip my brother, Grant, and his girlfriend, Lili, came to visit! We met in Malaga, rented a car, and drove to Granada.

Granada is a small city located in the foothills of the Sierra Nevada mountain range (not to be confused with the Sierra Nevada in California) which has been heavily influenced by the Moors, and is home to the famous Alhambra.

Before heading to the Alhambra we required fuel… We sought and found the famous Spanish-style churros at Churreria Jorge. It’s a one man show here and he’s only open until 12:30 PM or until he sells out (whichever comes first). We arrived just in time for the last batch. Our churros were freshly fried served alongside a small cup of thick hot chocolate that was meant to be both a dipping sauce and a drink. Somehow this is a breakfast food in Spain? 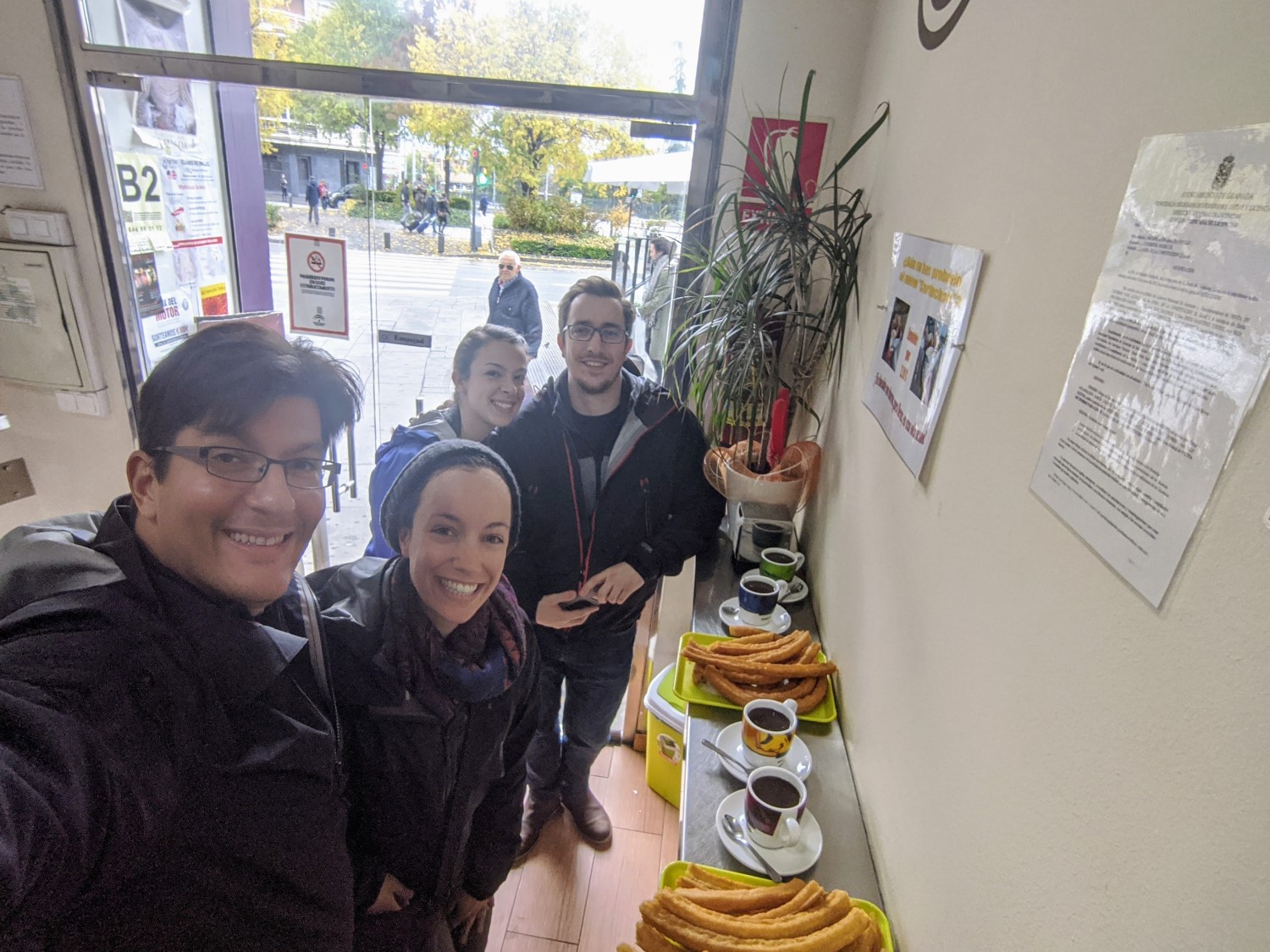 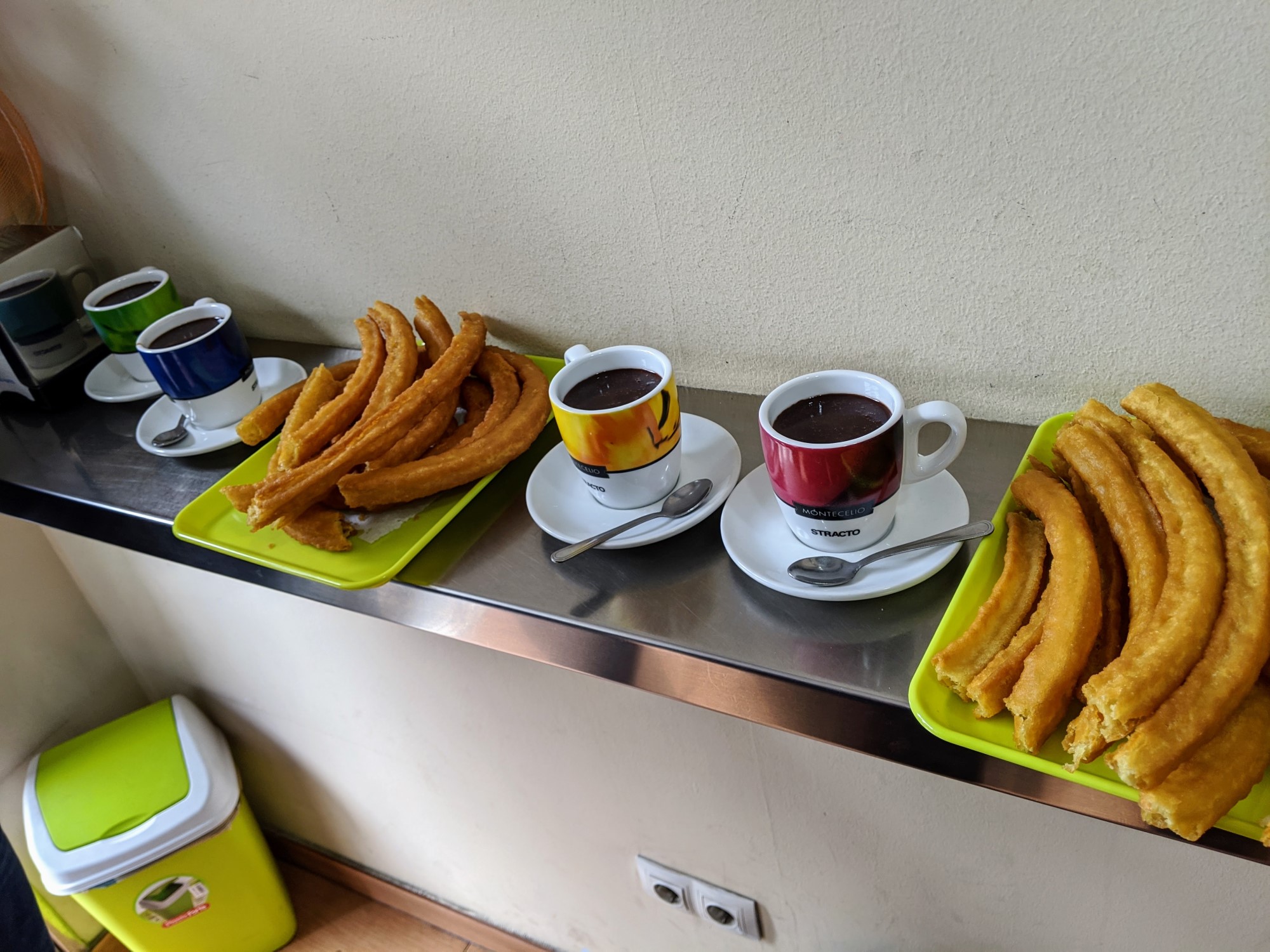 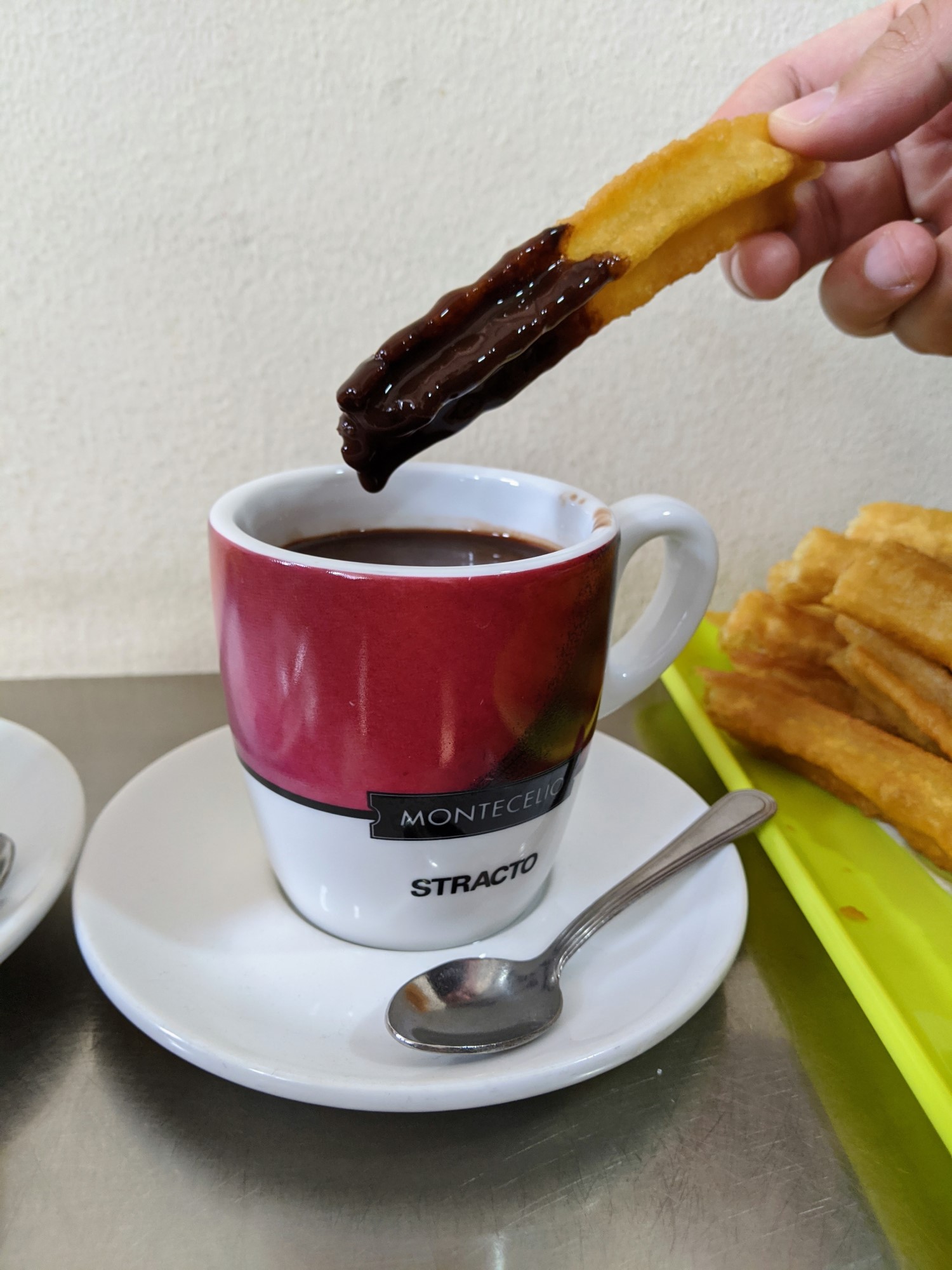 Following churros, we walked up the hill to the Alhambra. As it was November, the autumn colors in the trees were quite spectatular despite the gloomy weather. We passed by gypsies with handfuls of rosemary, looking to read palms or fortunes for spare euros.

The Alhambra was the first thing I booked for our Spain trip because it is extremely popular and tickets can sell out weeks in advance. I regretting not opting for a guided tour but we enjoyed the sights despite not knowing what exactly to look for. The whole thing was exceptionally ornate and left us to ponder what it must have looked like when it was brand new. 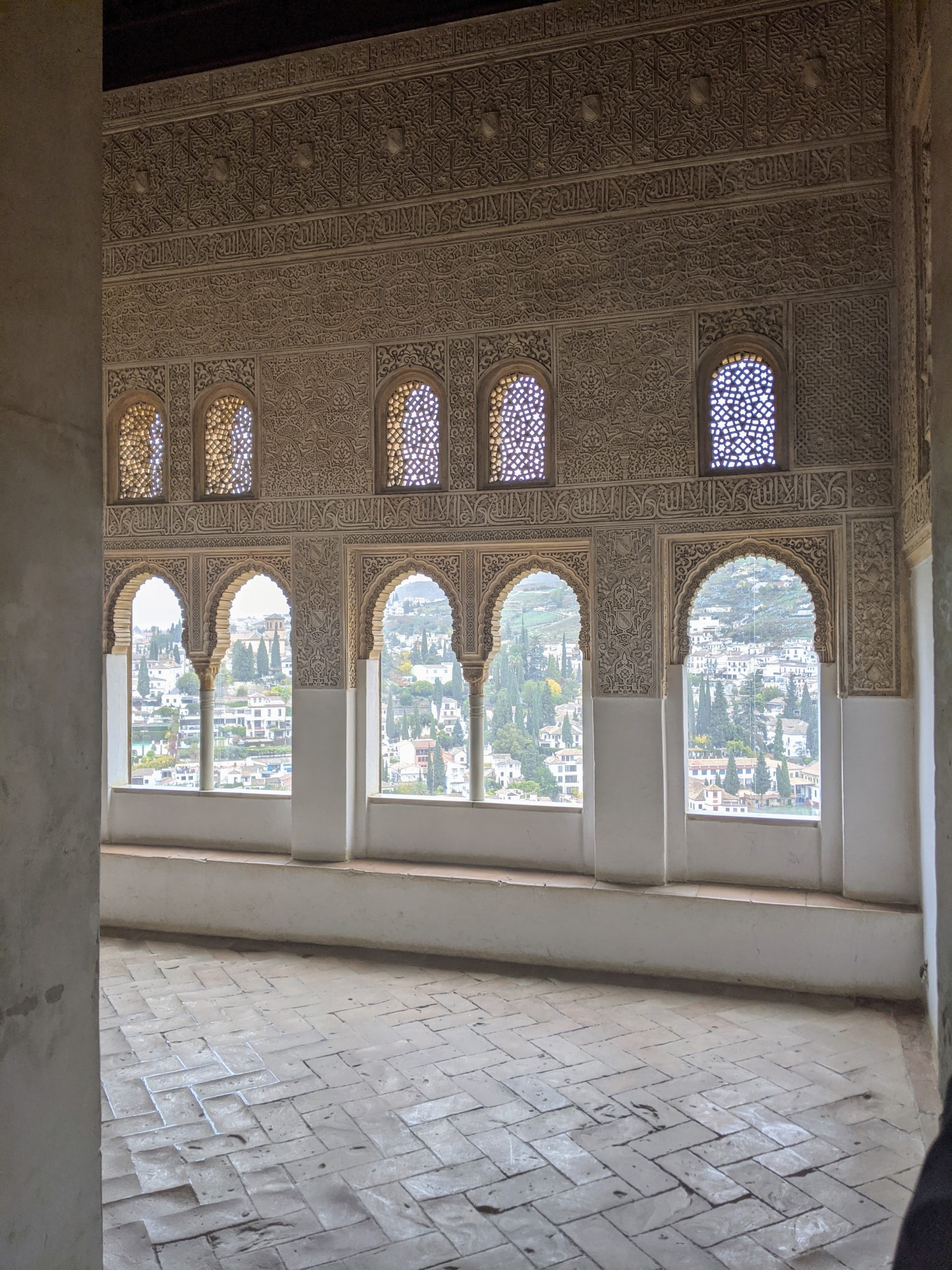 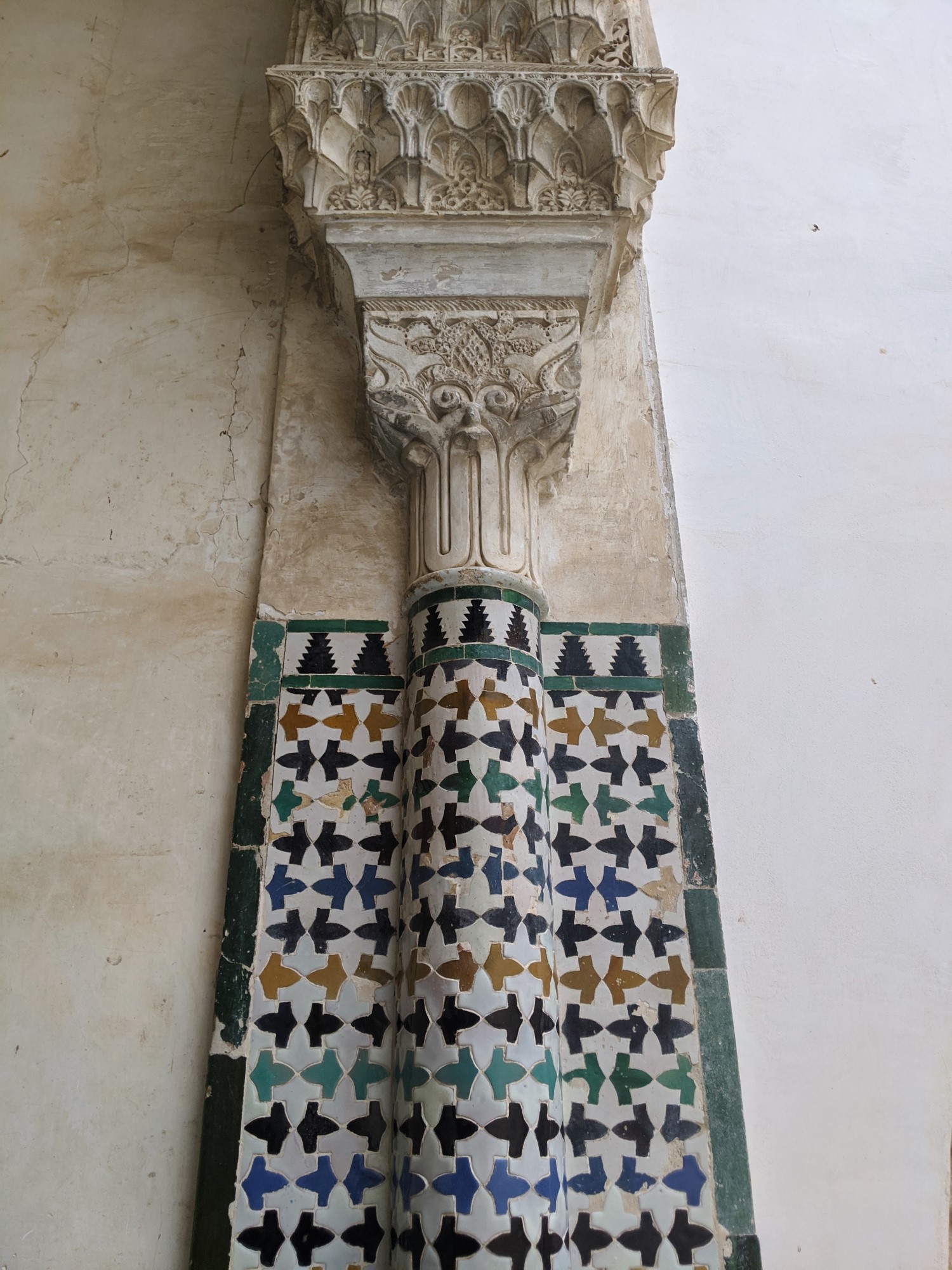 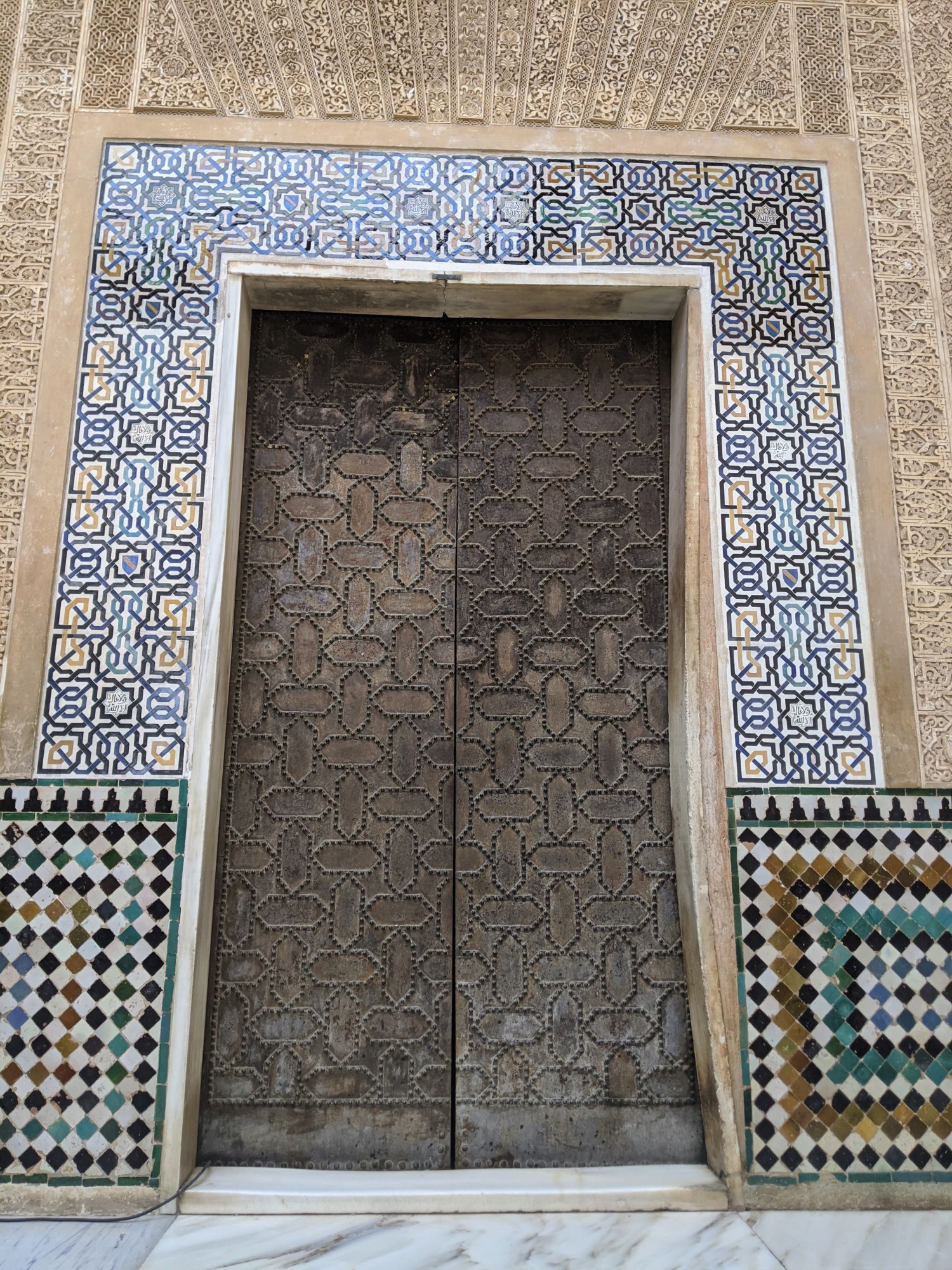 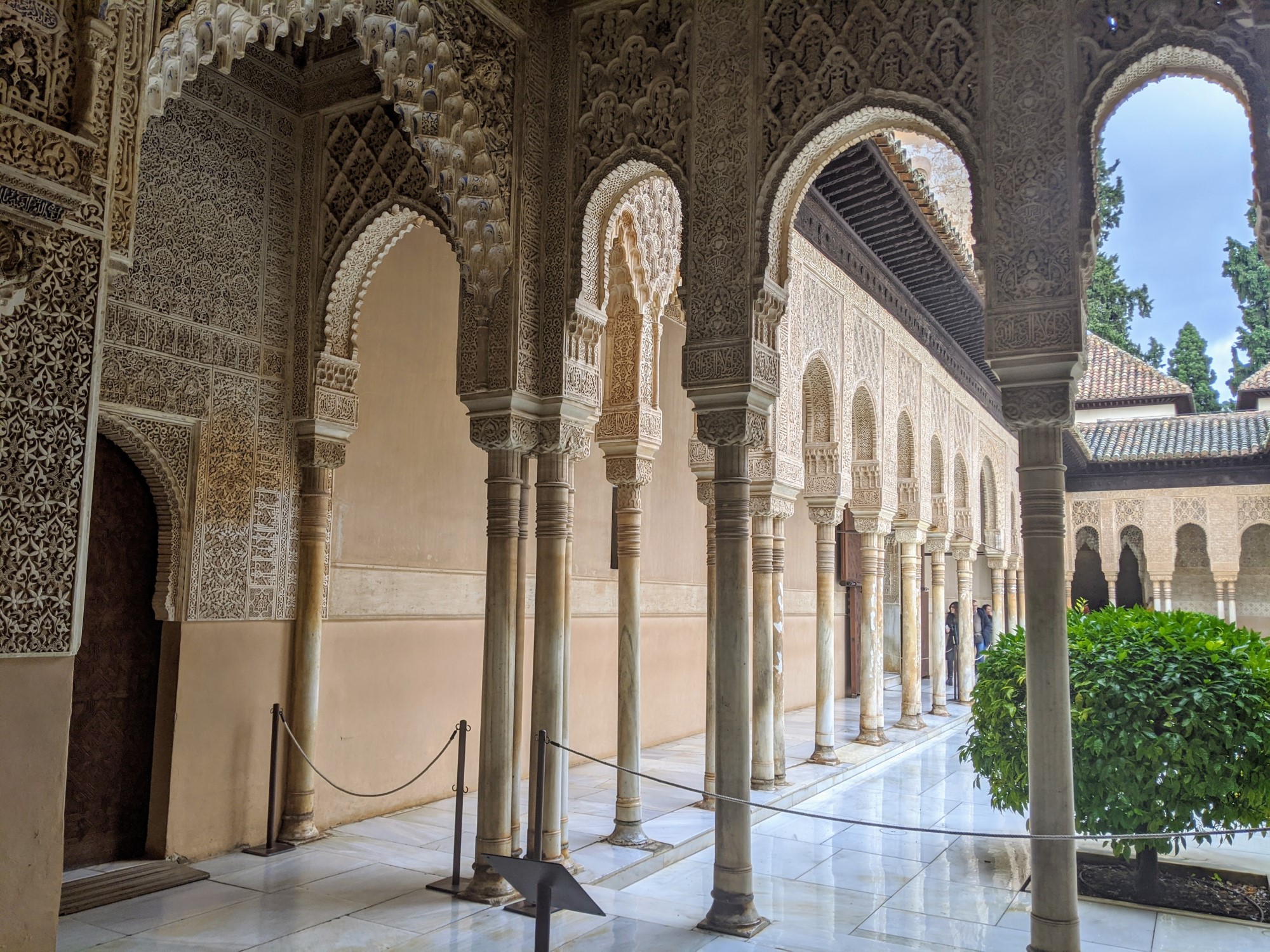 The rain had begun to pick up slightly by the time we made it outside but we managed to wander the gardens despite this. 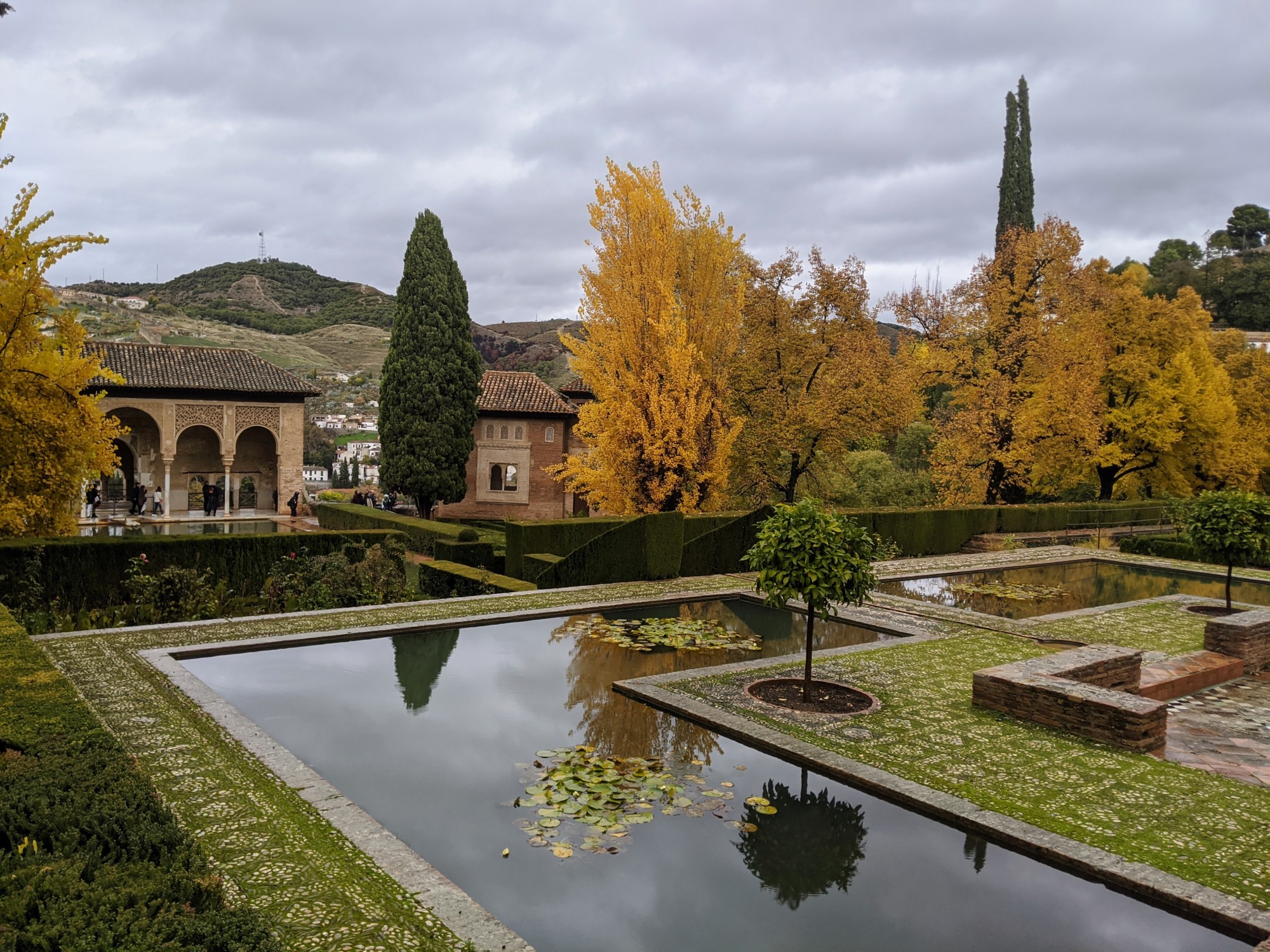 Ultimately we were all a little too wet and too cold to enjoy any further, so we headed to a nearby coffee shop (Dulcimena) to refuel and warm up.

The following day we rented a car and drove from Granada to Sevilla, passing by a unique landscape. Andulasia (this area) really has a lot to explore and enjoy!

Looking for more ornate, unique architecture, we wandered into Sevilla’s Royal Alcazar. We honestly enjoyed this more than Alhambra, though maybe it was due to the sunny weather of Sevilla. Apparently scenes from the Game of Thrones were filmed here. 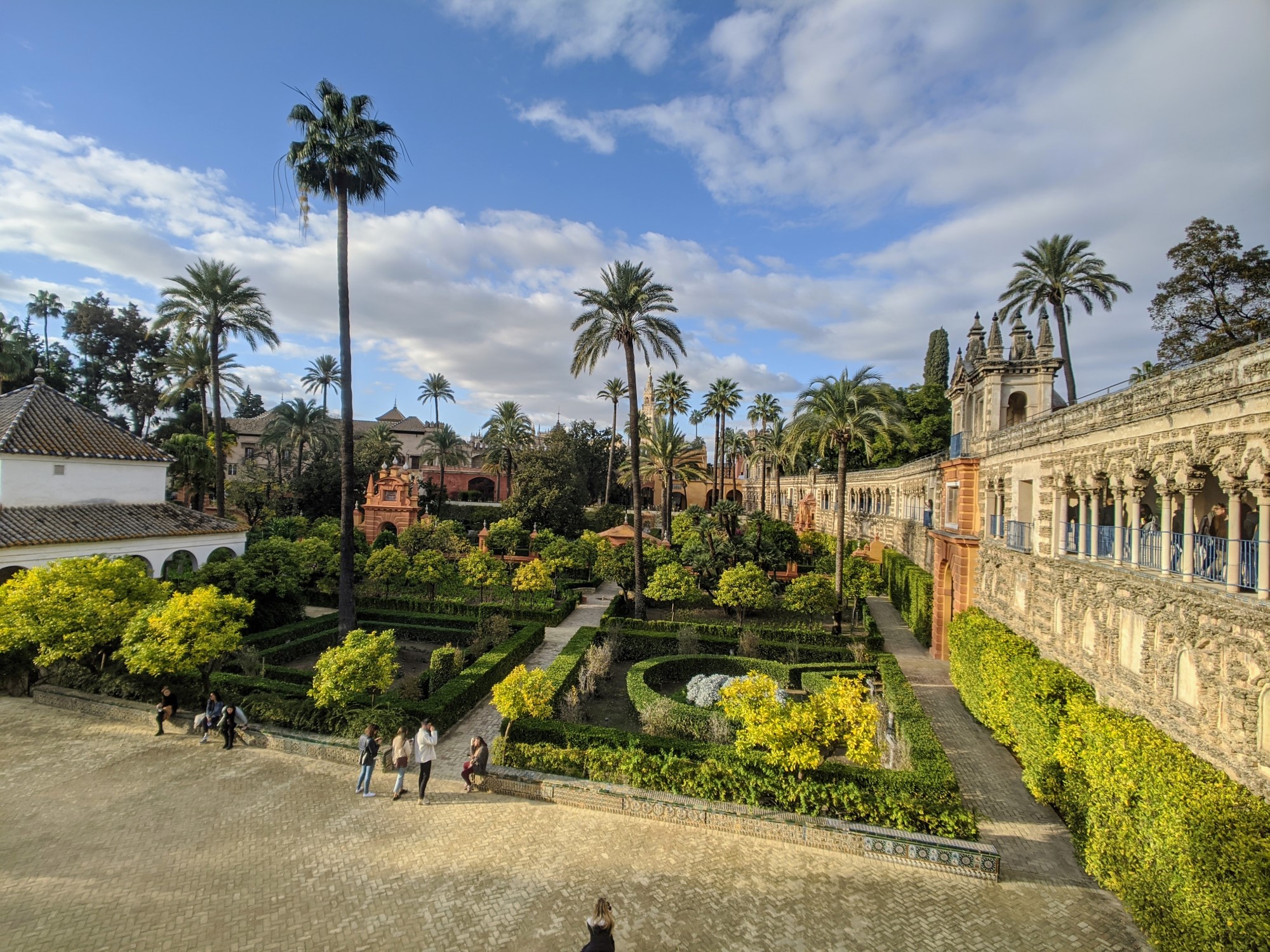 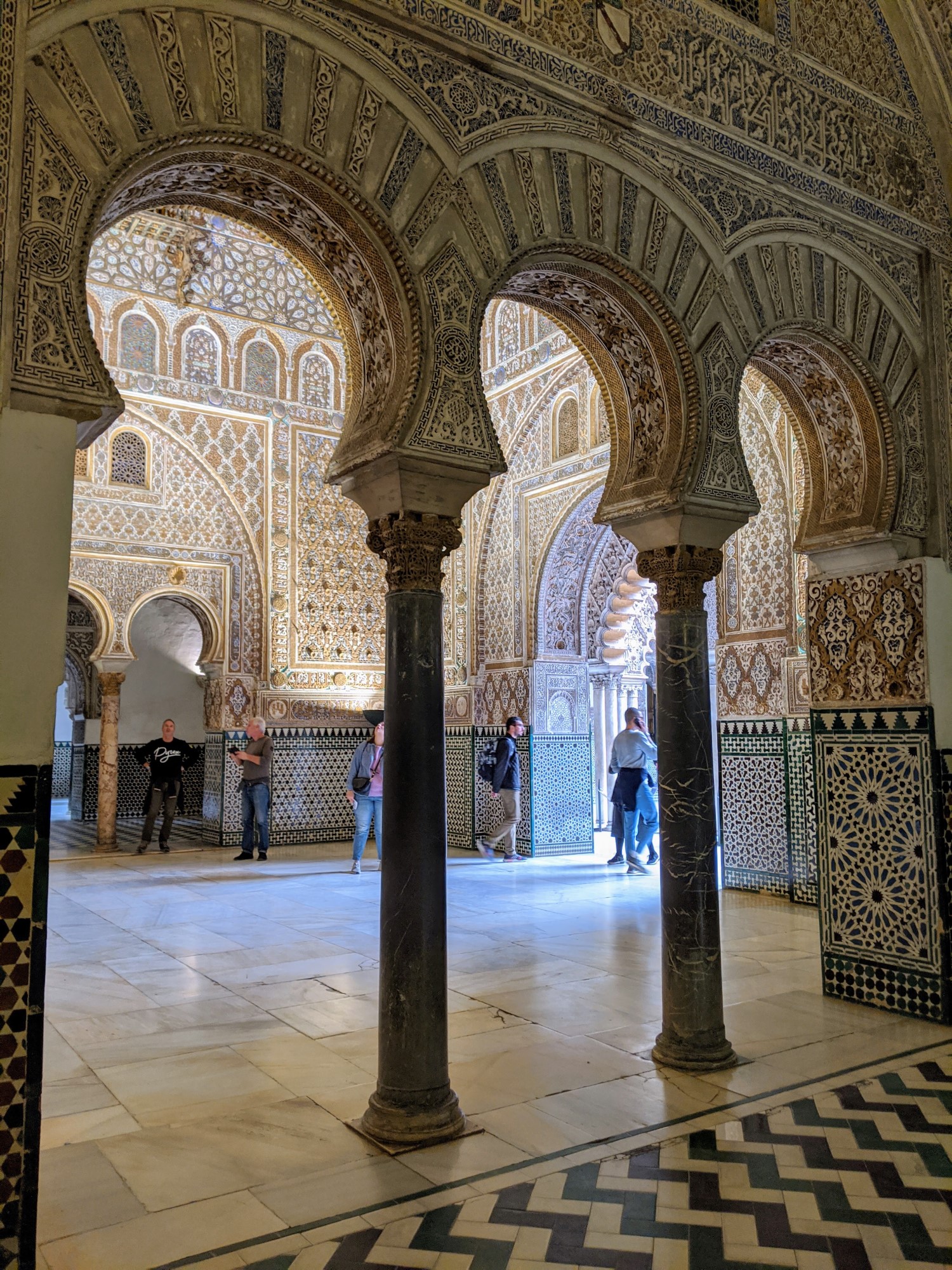 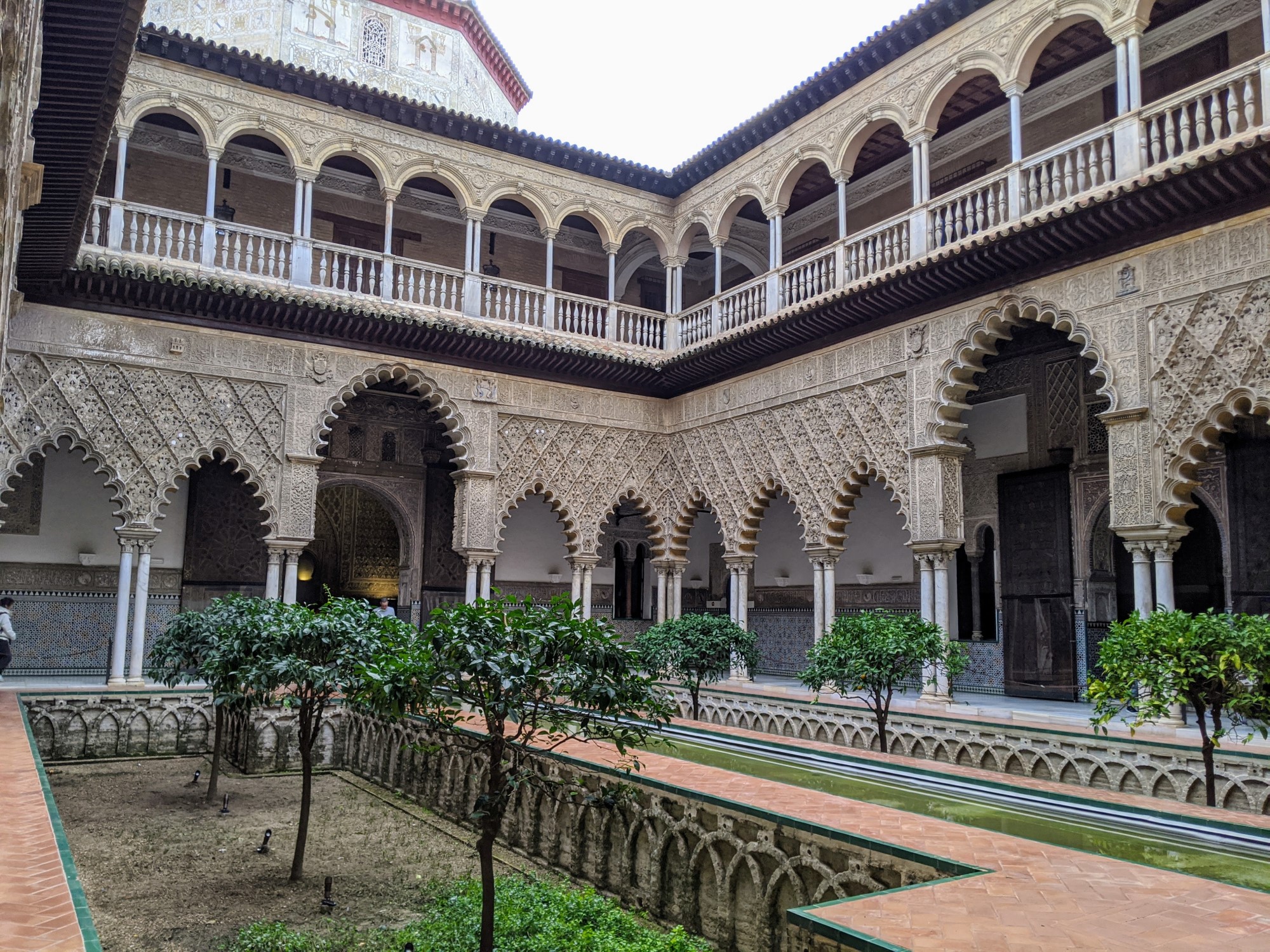 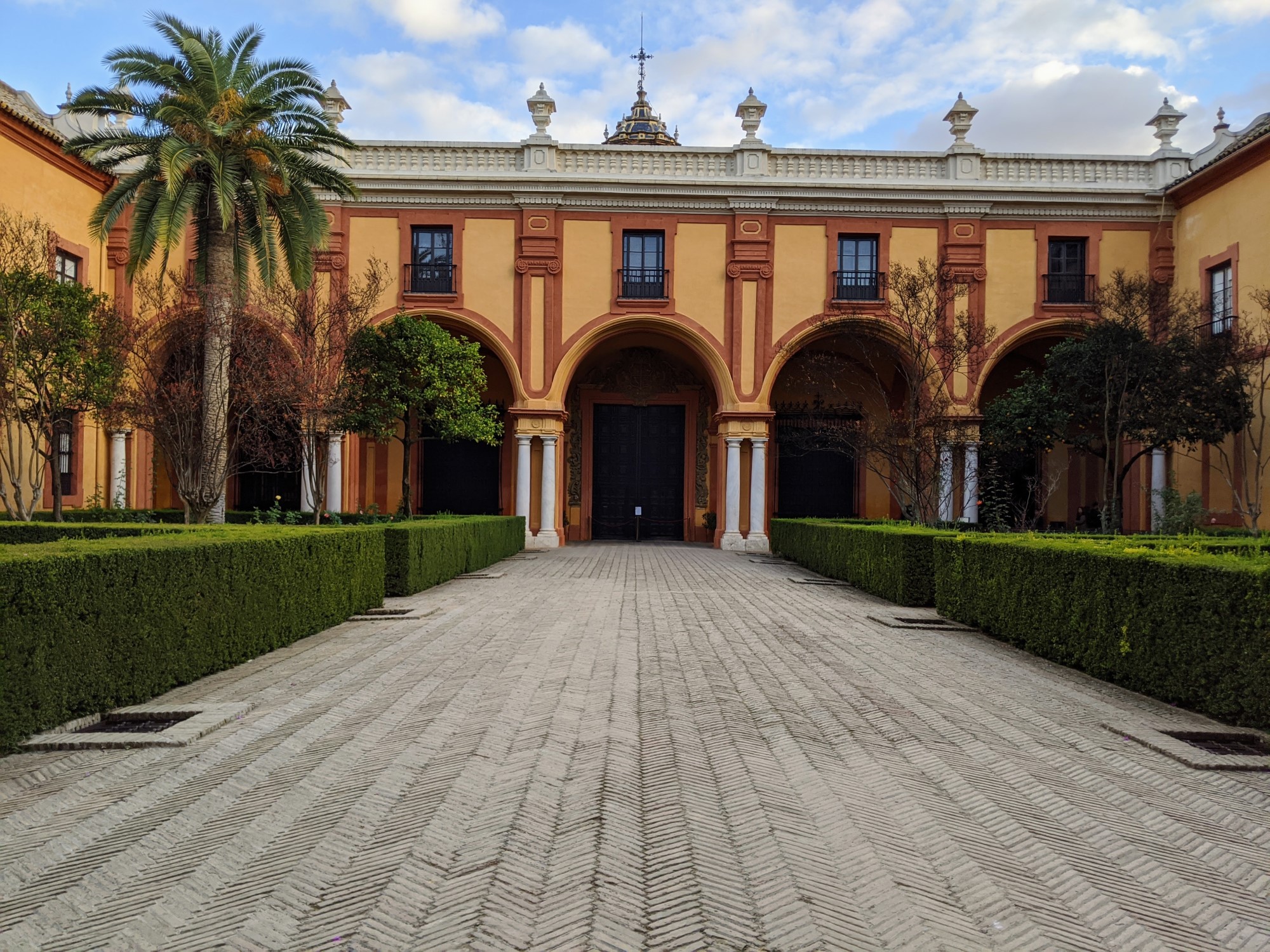 We wandered over here on our first day and were surprised at the size of this historic building. It was a sunny day and there were many people enjoying the area, along with street hawkers and performers. 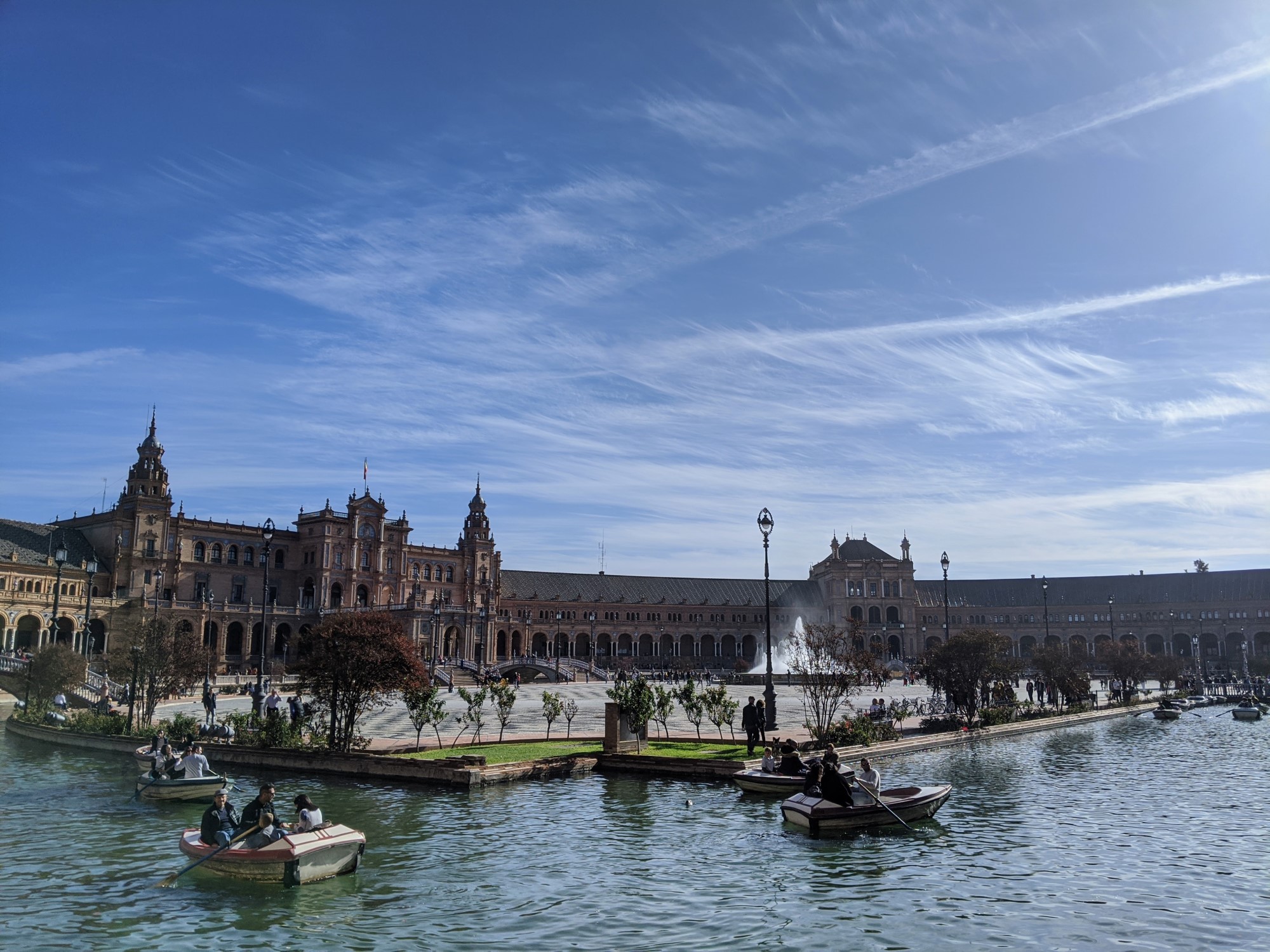 Bullfighting remains a popular sport in Spain, with about 1/3 of the population regularly following it. We visited the local bullfighting arena that also houses a museum with a guided tour. It was an interesting and eye opening experience. I had not previously considered the implications of bullfighting (for example, I only learned by visiting the museum that the fighters kill the bulls… 😳). 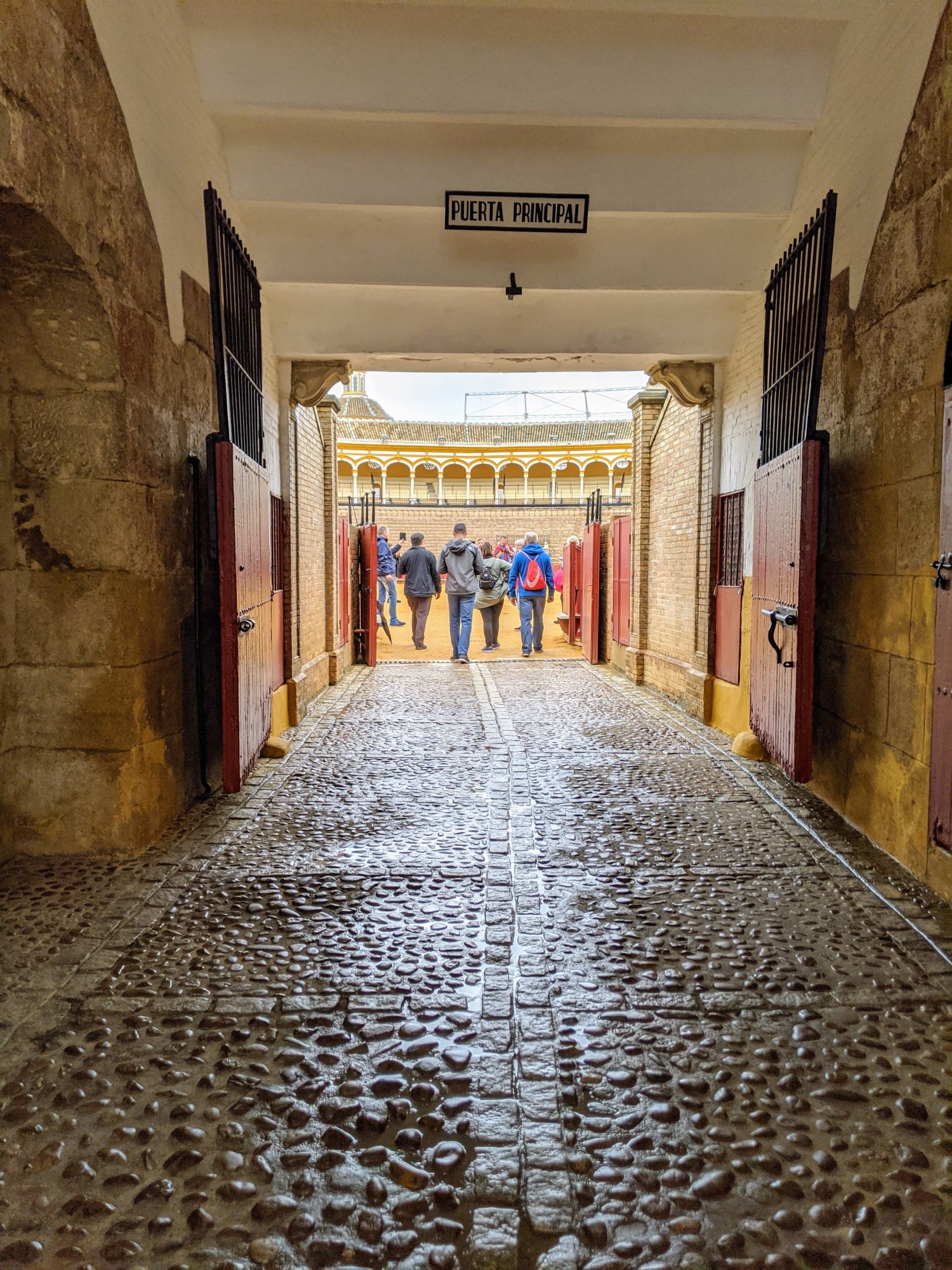 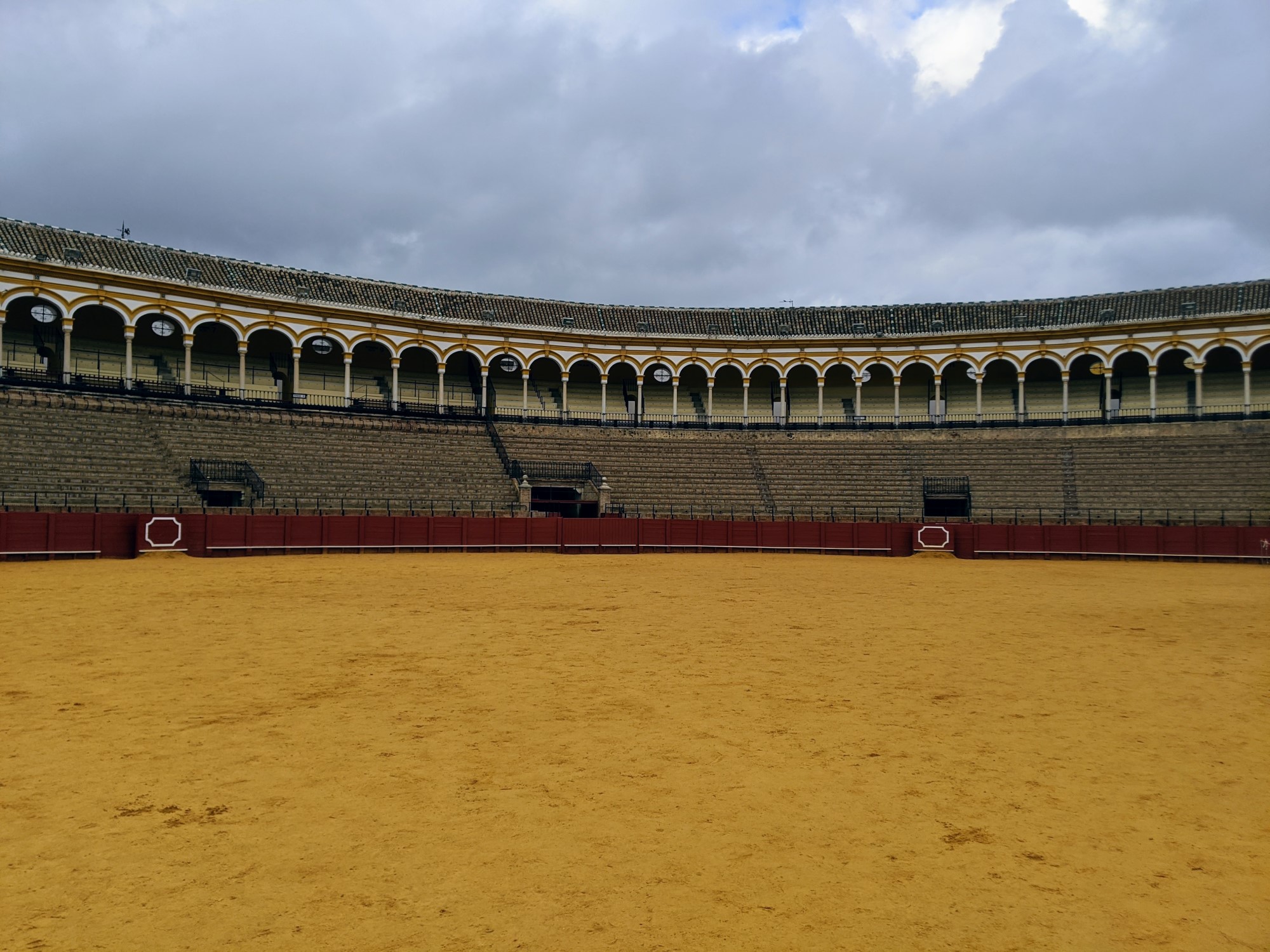 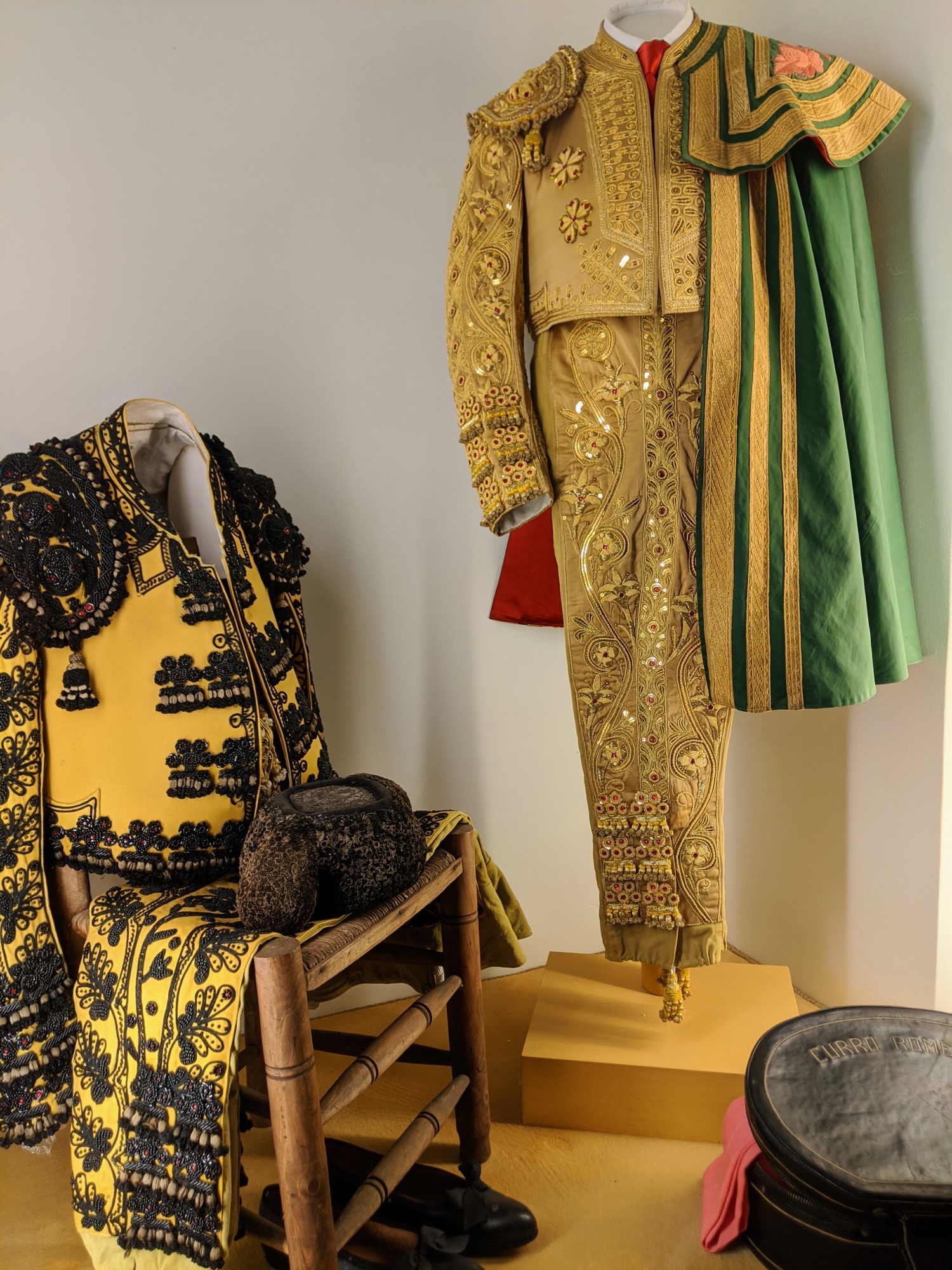 We had plans for a daytrip to Cordoba but it never materialized. The rainy weather slowed us down and the group ended up opting for additional chill time. After about a week exploring southern Spain with just us “youths”, it was time to meet the old folk in Barcelona! So we packed up and enjoyed the high speed train that brought us from southwest Spain to the northeast in just five and a half hours! Muy rapido.

I’m certainly not opposed to going back, far from it. However, I feel like I have some sense of this part of Spain already, and I’d find myself more interested in exploring a part of the country I haven’t yet been to. So ultimately despite it being an awesome place to visit, it’s a low priority return for me in the future.

I definitely want to return to go mountain biking in the Sierra Nevada National Park! I also would love to explore the coasts and white cities.

Conclusion: Depends Who You Ask