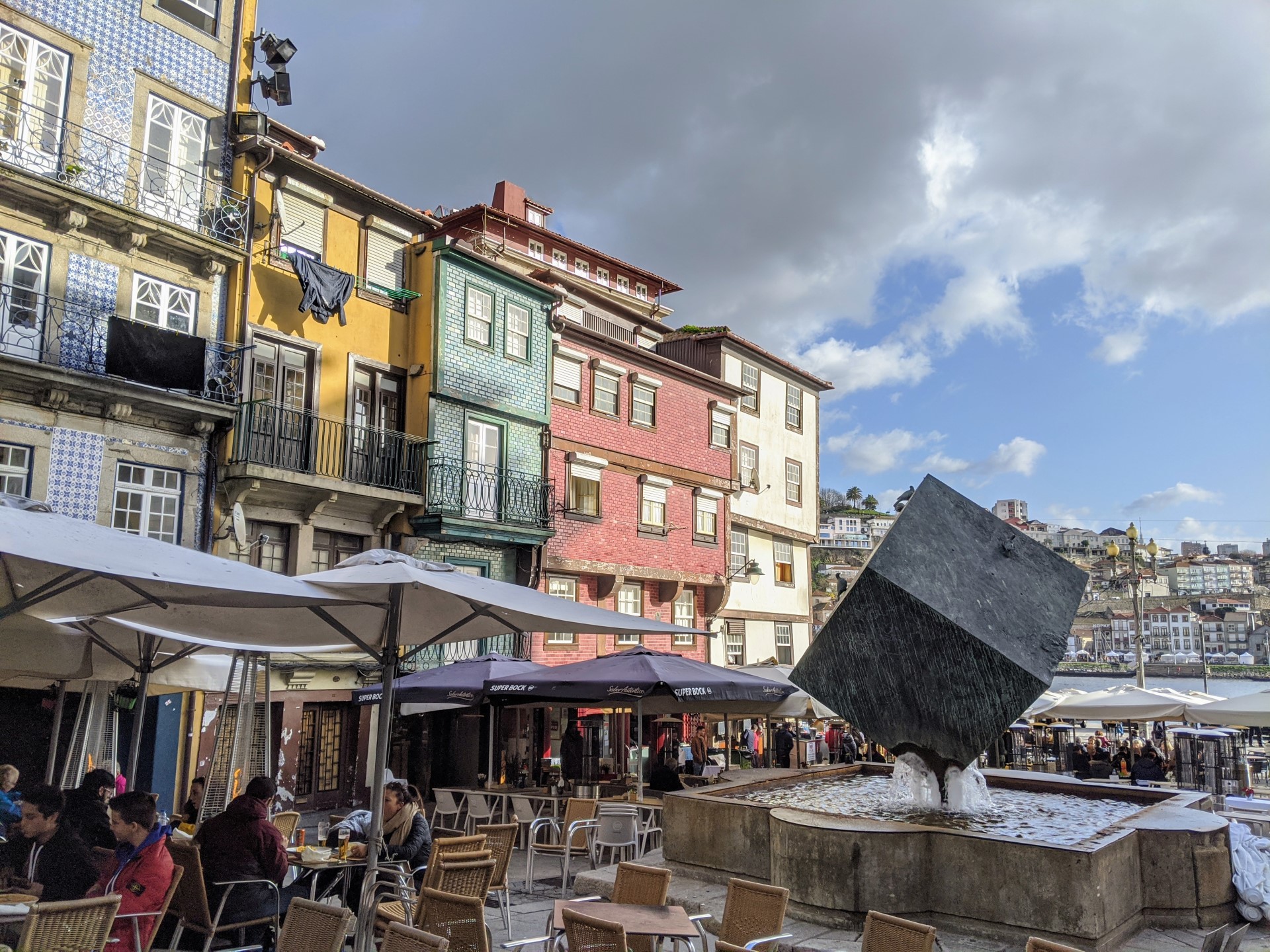 Porto was a mere three hour train ride north of Lisbon, but the much colder weather we encountered felt more Baltic than Mediterranean. It was smaller and gave us a cozier vibe. Just like Lisbon, we had no problem communicating in English here and quickly established a favorite coffee shop that wasn’t far from our Airbnb.

On the first day of good weather, we utilized our time by exploring Porto’s namesake port tasting- more specifically, at Vasques De Carvalho. Because we’re both novices with regards to port, we opted for the “Starters” tasting, which included four different wines for €15. The wines were: Reserve White Port, Late Bottled Vintage Port 2013, Reserve Tawny Port, and 10 years-old Tawny Port. We selected Vasques De Carvalho because it was highly rated on Google and a much smaller company than others in the area. We were the only people tasting at the time and thus got a lot of attention from staff. 10/10 would recommend again 😁 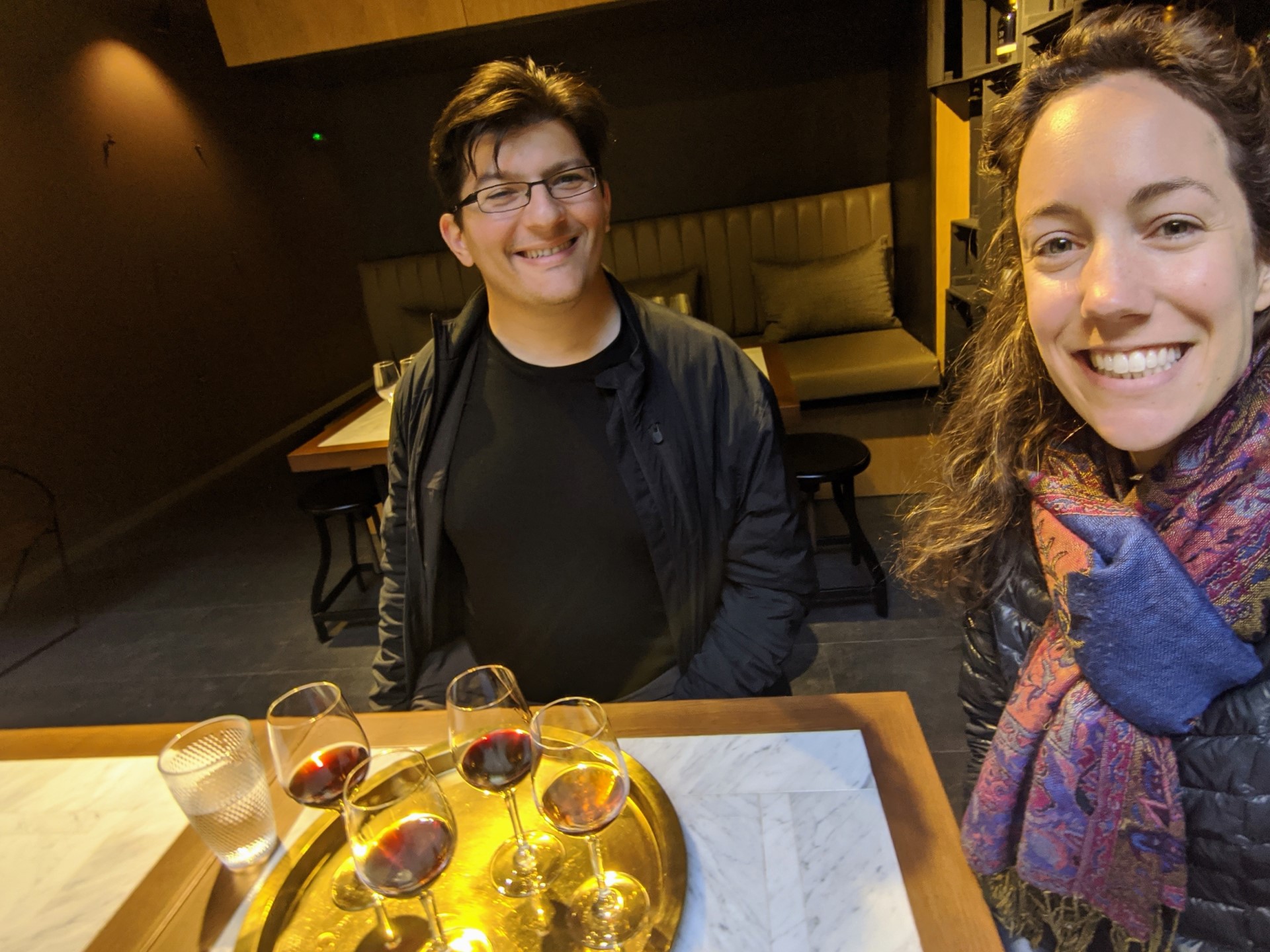 We had walked the 45 minutes across the bridge to the other side of the river for the port tasting, so in order to help shorten our return journey we opted to take the cable car back up the hill. Check out the video here (and please excuse my tipsy self, we’re lightweights over here). We didn’t go to any museums in Porto, and instead chose to wander the city. Our Airbnb host had recommended a park nearby, which we ended up at on multiple occasions. This park, also known as the Jardim do Roseiral, was sizable and sprawled over and down the side of the hill, with a beautiful view overlooking the Douro River.

Ryan and I took a very short day trip to Guimaraes, a quaint historic town north of Porto, home to a 10th century hilltop castle. We planned our day poorly, and ended up having about an hour to quickly walk through the town before getting back to catch the return train in time. We had also hoped to visit Braga on this same trip (as they are only about a 25 minute car ride from each other) but were dismayed to learn it takes two hours on the train since it requires backtracking a significant chunk of the way back towards Porto before branching back out. Again, poor planning on our part. 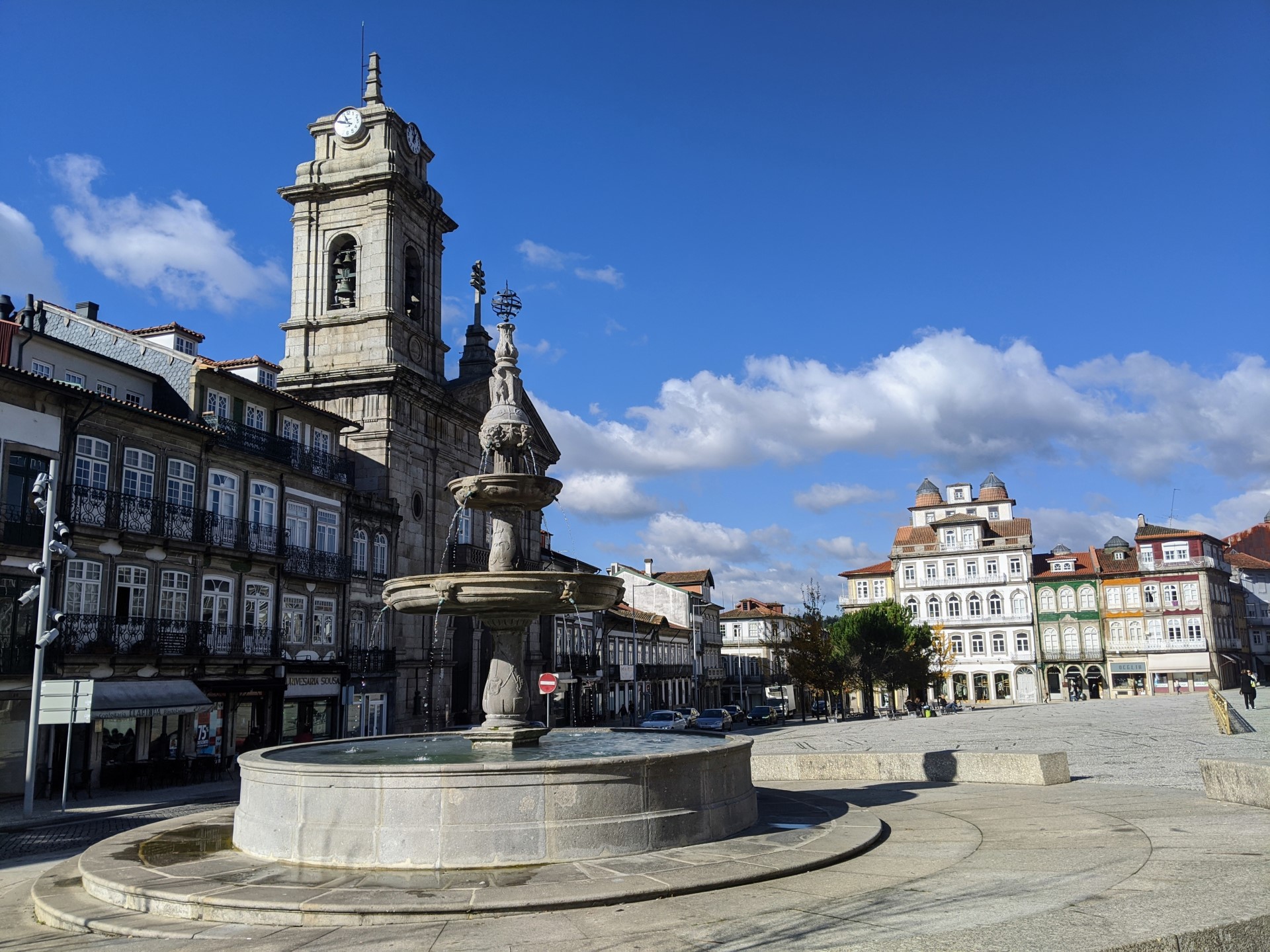 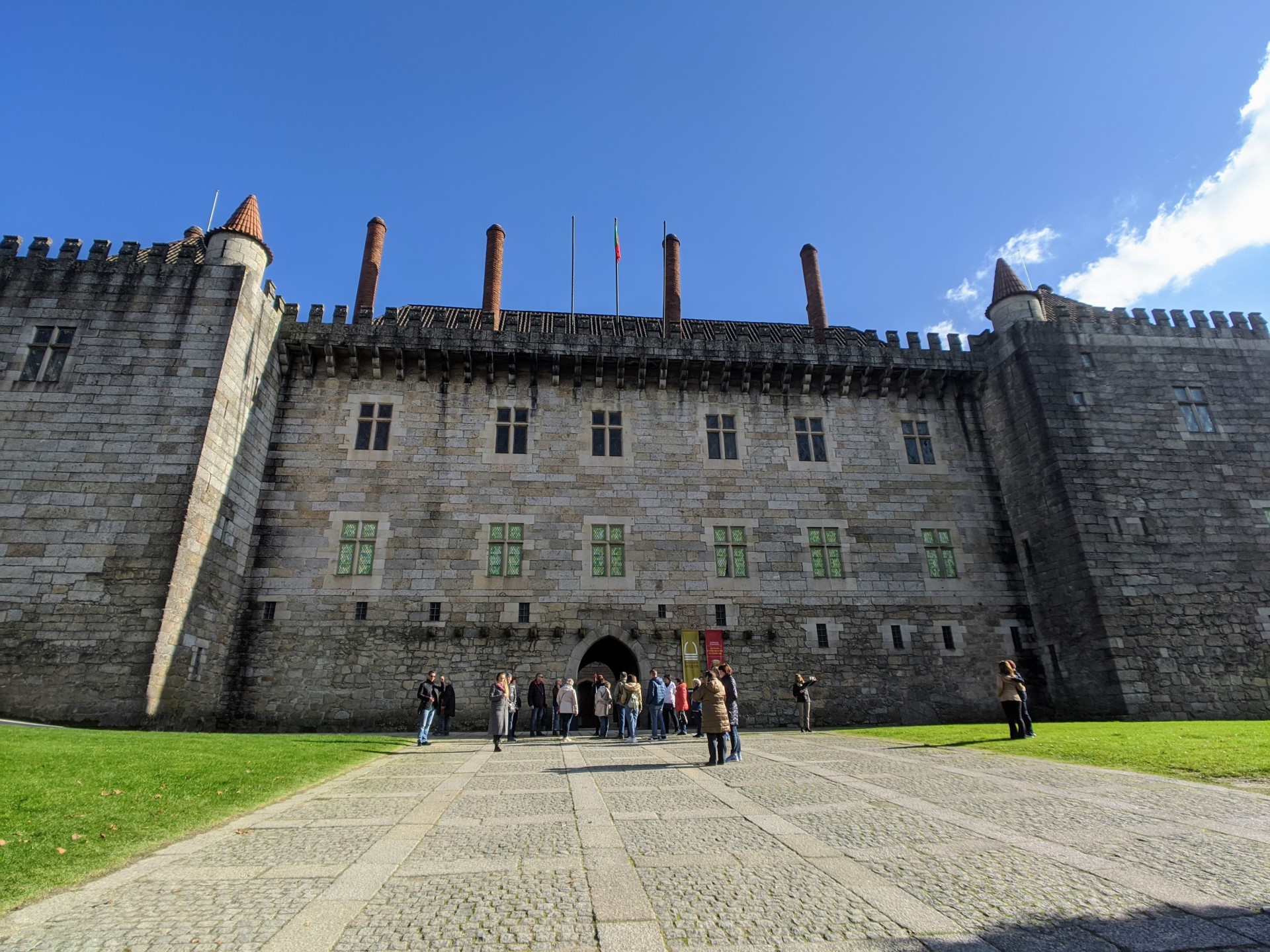 The grey weather we predominantly had in Porto left the city feeling much less colorful than Lisbon but no less beautiful. Porto has lovely scenes created in blue and white tiles on the exterior of some of the buildings as well as in the interior of the main train station. This, combined with the grey, stoic feeling buildings and several fountains created Porto’s own unique style (I guess in some way it felt like a less gritty version of Genoa). 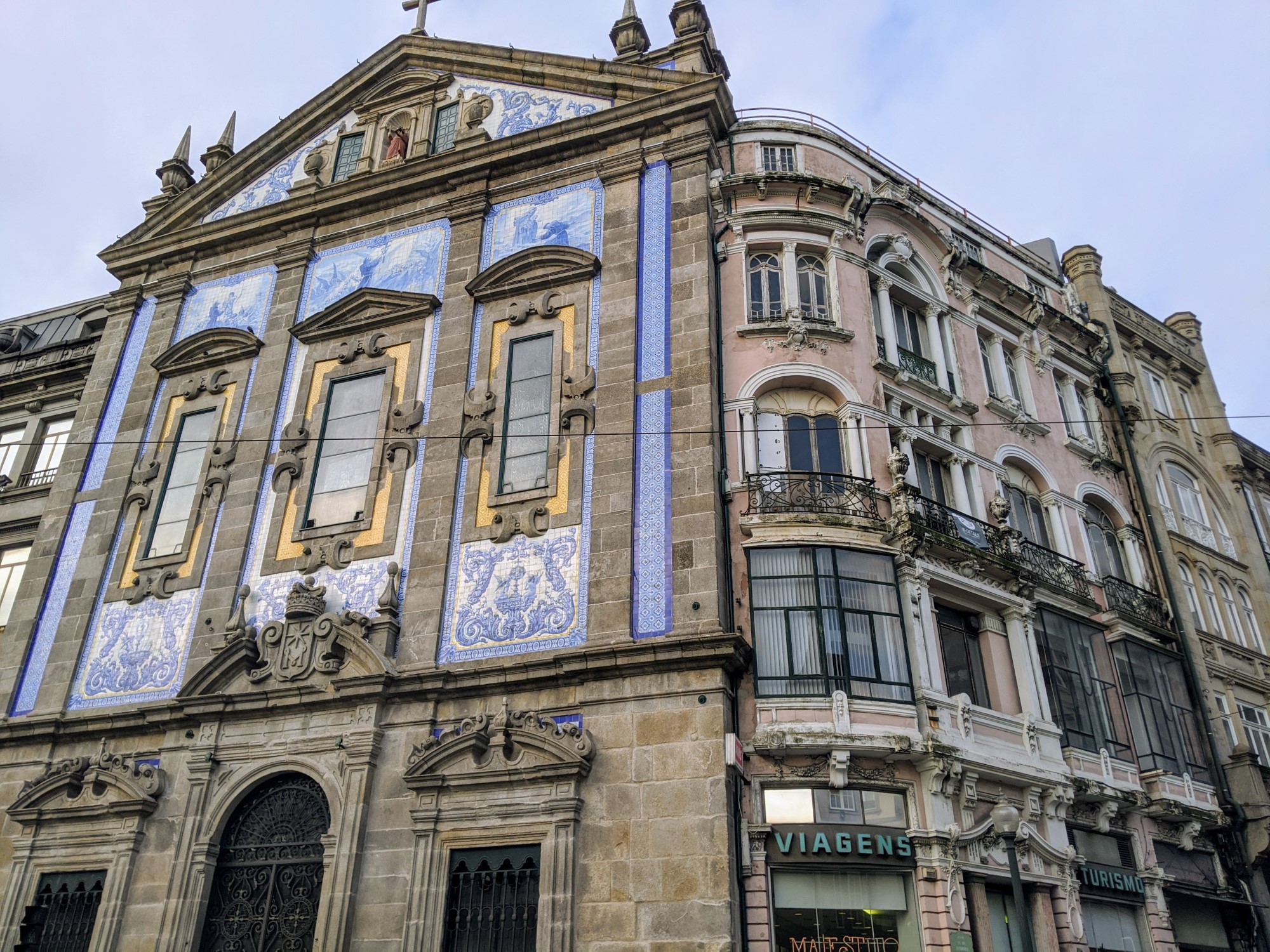 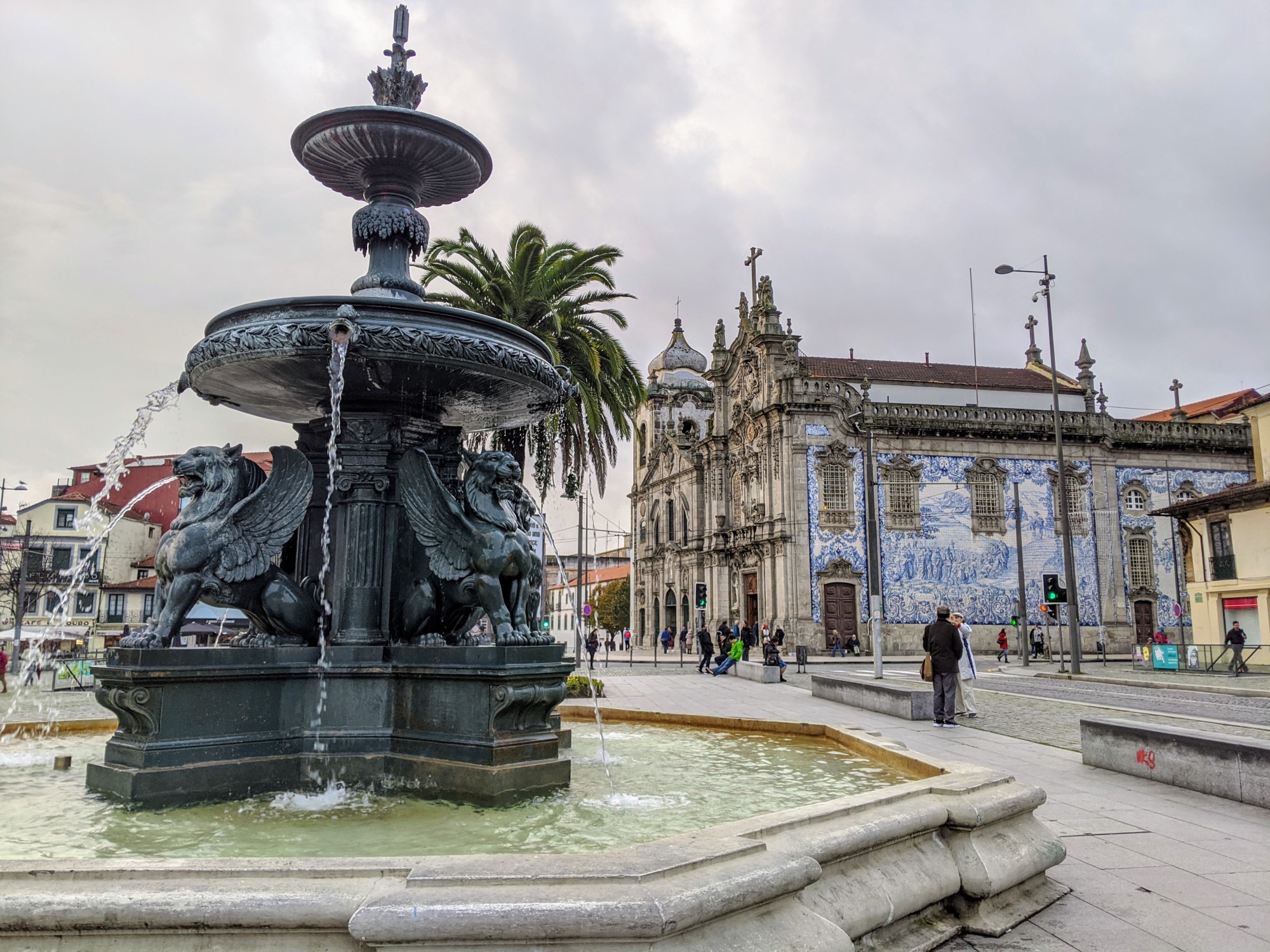 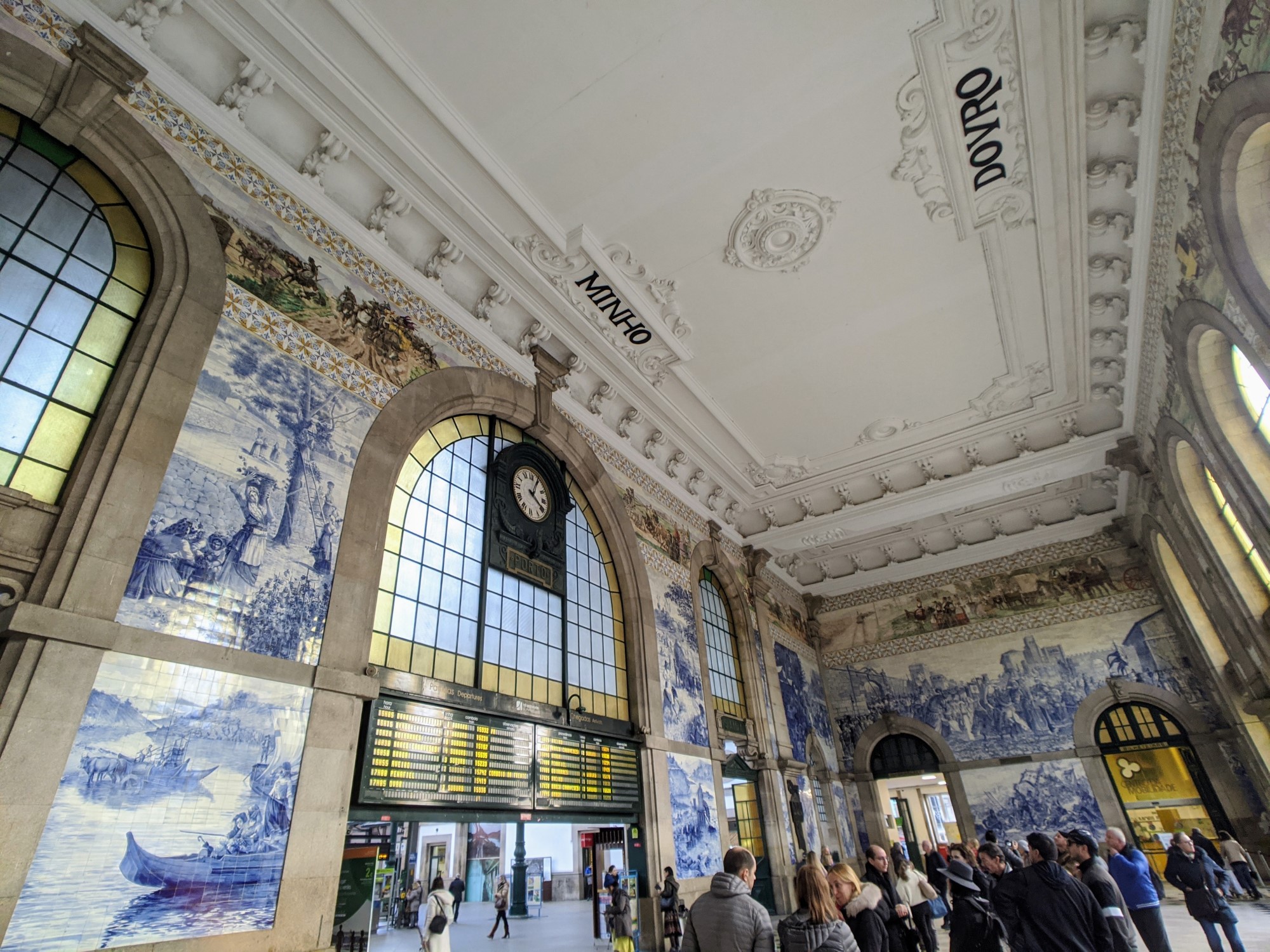 We had multiple conversations in which we agreed that we could live in Porto. It is an extremely likeable, easy-going, and nicely sized city. Though maybe our attraction was due to finding that fantastic coffee shop we loved so much- SO Coffee. We showed up the first day, asked what was on pour-over, and were offered two or three options. While sipping our washed-process Kenyan on V60, Ryan got into a long discussion with Lisa, the barista, about bean water (aka coffee). He must have impressed her because the next day we came by she pulled out nearly a dozen other options from different roasters to try, all from a coffee cupping they had hosted a few days before we arrived. After discovering SO Coffee, we didn’t have single a day in Porto begin without stopping by for pour over or a flat white.

Ultimately we didn’t spend so much time doing tourism besides going on random walks, enjoying the atmosphere, visiting cafes, and in general enjoying the Porto life. We definitely plan on coming back to visit the Douro Valley and Coimbra in nicer weather!

Even if it’s just to go see the Douro Valley, it’s a yes from me. There’s plenty more to see and do in the area, and it’s a beautiful and enjoyable place to hang out.

It’s cozy enough that I don’t need anything else to convince me I need to go back.