May I suggest one of my favorite books: “The Shadow of the Wind” by Carlos Ruiz Zafón. This is an enchanting book I read years ago, taking place in none other than Barcelona. It takes place in 1945; the protagonist is a young man named Daniel who takes you on a thrilling adventure throughout the city on his quest to solve a mystery. The author’s descriptions of the city were so intoxicating that I couldn’t wait to visit someday. I always imagined it would be much sooner but alas, I did make it eventually.

We had lofty expectations for Barcelona and it did not disappoint. The Gaudi architecture, the Catalan language, and the beautifully laid out city were all very impressive. It was refreshing to find some of the best coffee we’ve had on this trip- truly some of the best we have ever had. Our time in Barcelona also coincided with Thanksgiving, which means nothing to the Spainards (aside from Black Friday sales for some reason) but it means a lot to us Americans traveling… 😀 That may have been the impetus to get my family to visit us this time. It’s also typically a great time to get good flight deals for international travel.

For Thanksgiving, not wanting to cook in the Airbnb, we opted for a nice steak dinner. The waiter was Italian, which was surprising, and the steak was very enjoyable. It was great to be with family for my favorite American holiday. 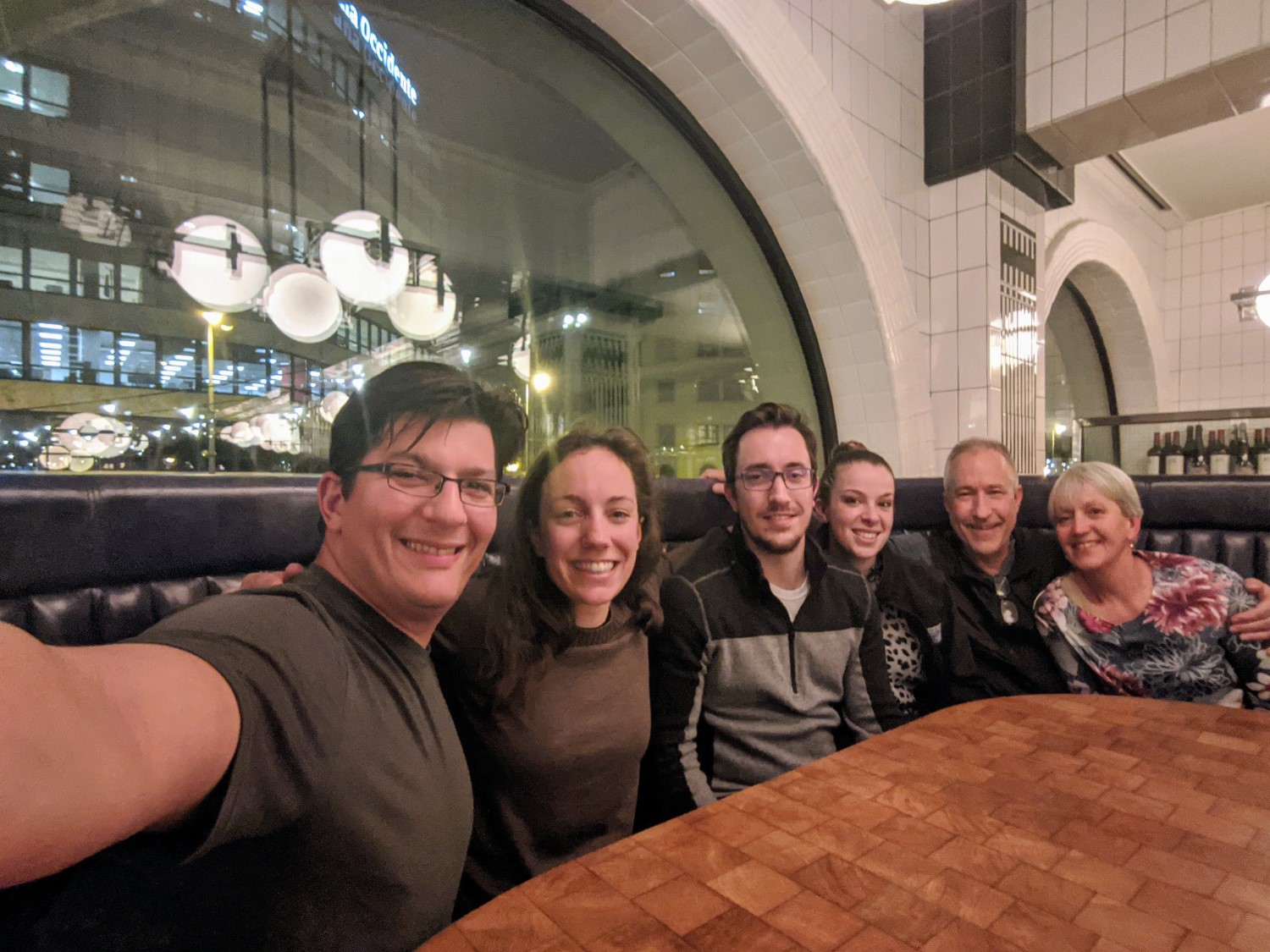 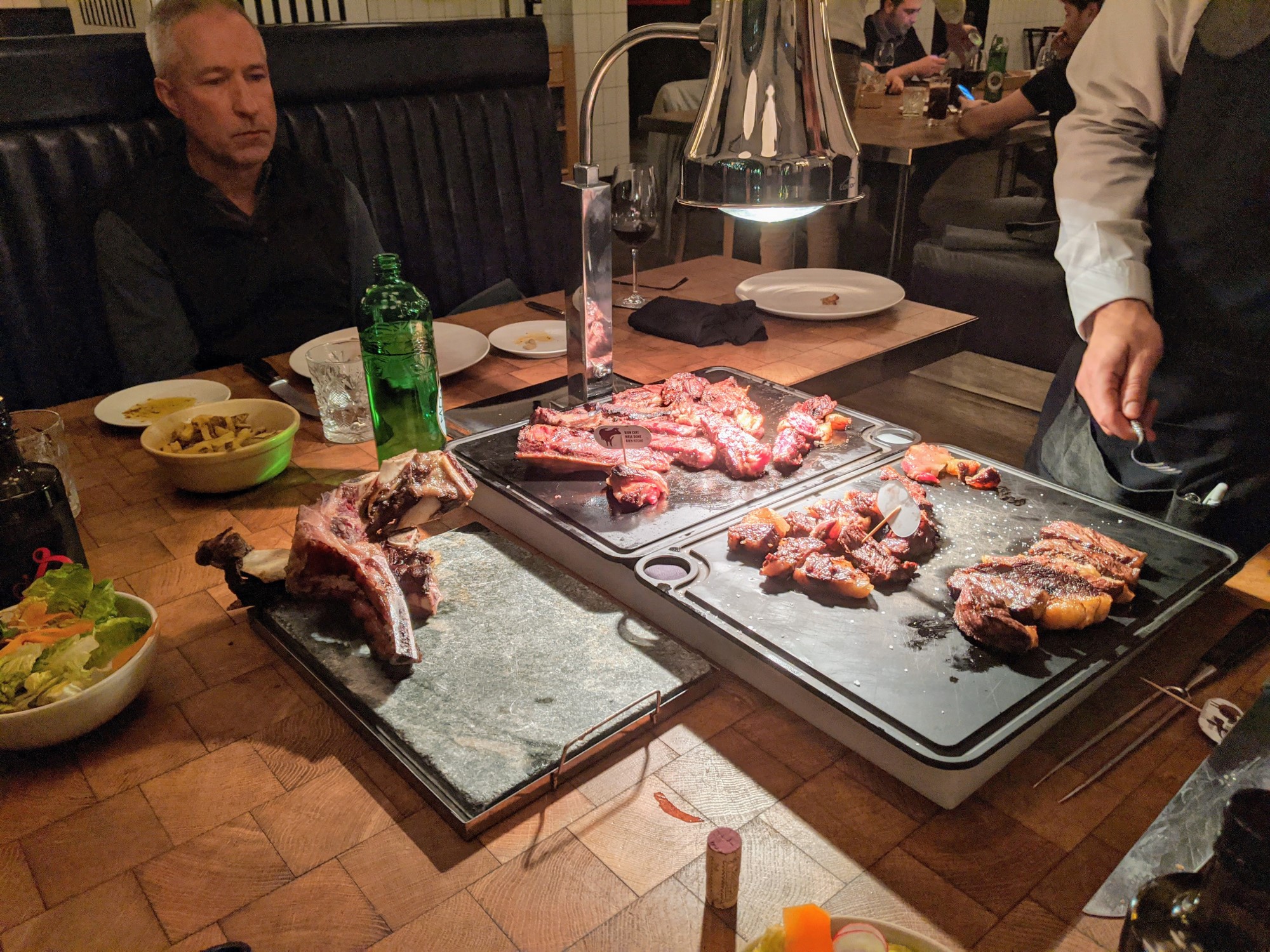 Earlier in the day, we visited the famous Sagrada Familia. I had booked these tickets weeks in advance because they do sell out. The Sagrada Familia is a huge church undergoing construction designed by Antoni Gaudi. Construction began in 1882 and it’s still not finished- construction is set to be completed in 2026. We opted for the audio guide and were not disappointed. We gave ourselves a little over three hours here and it was definitely enough time. It’s beautiful, it’s awe inspiring, it’s everything you would expect. I’ll let the pictures speak for themselves. 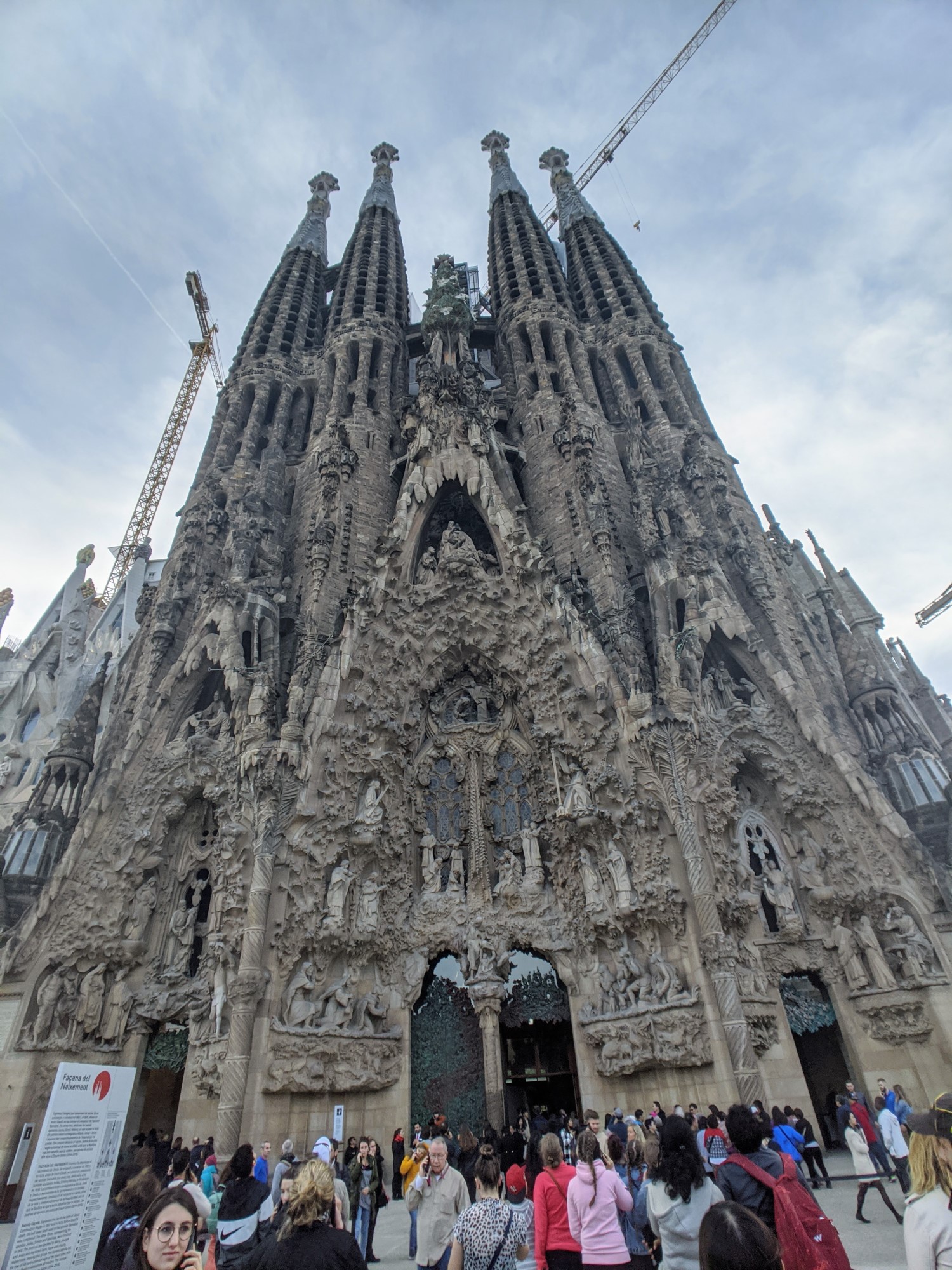 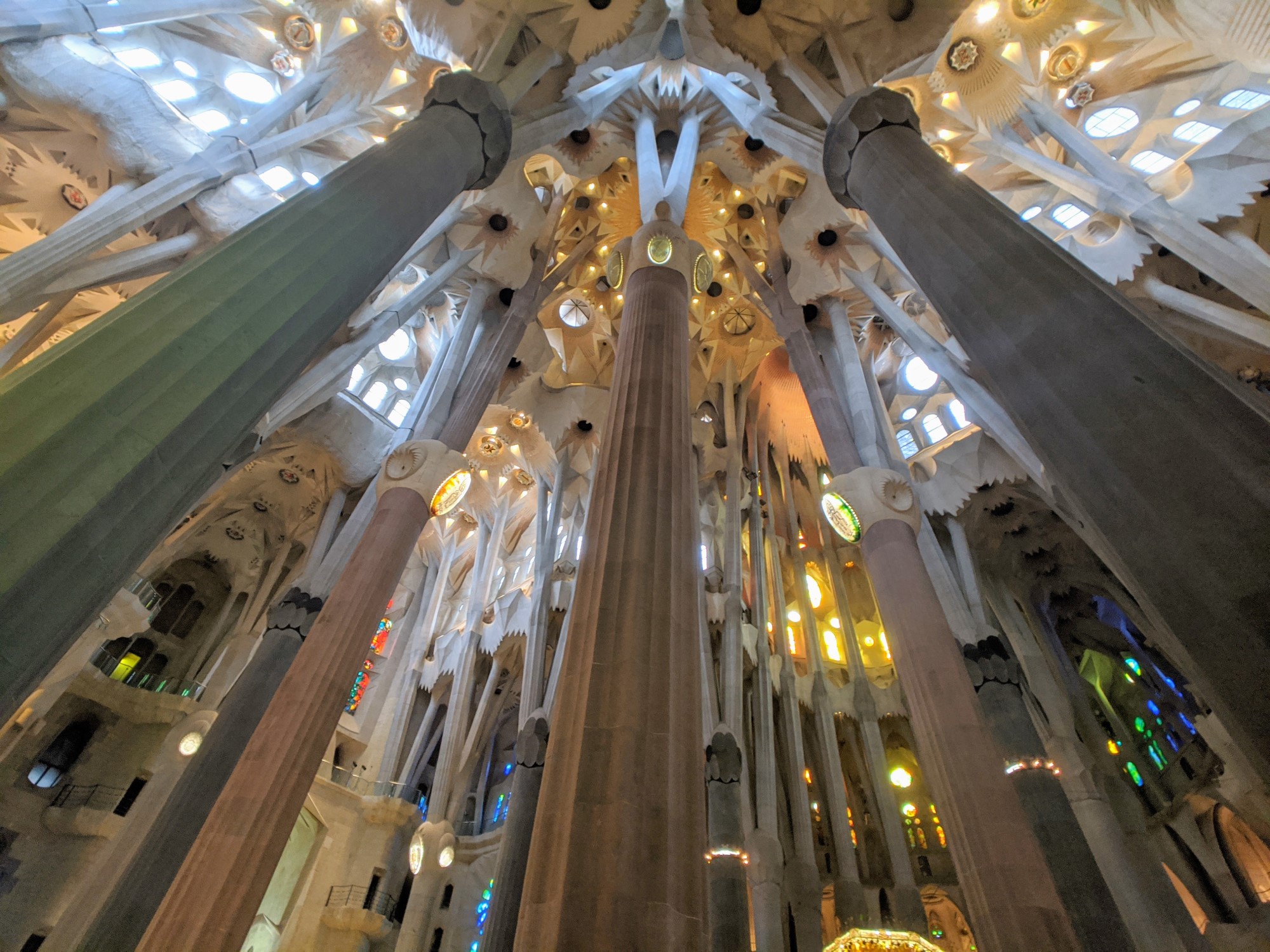 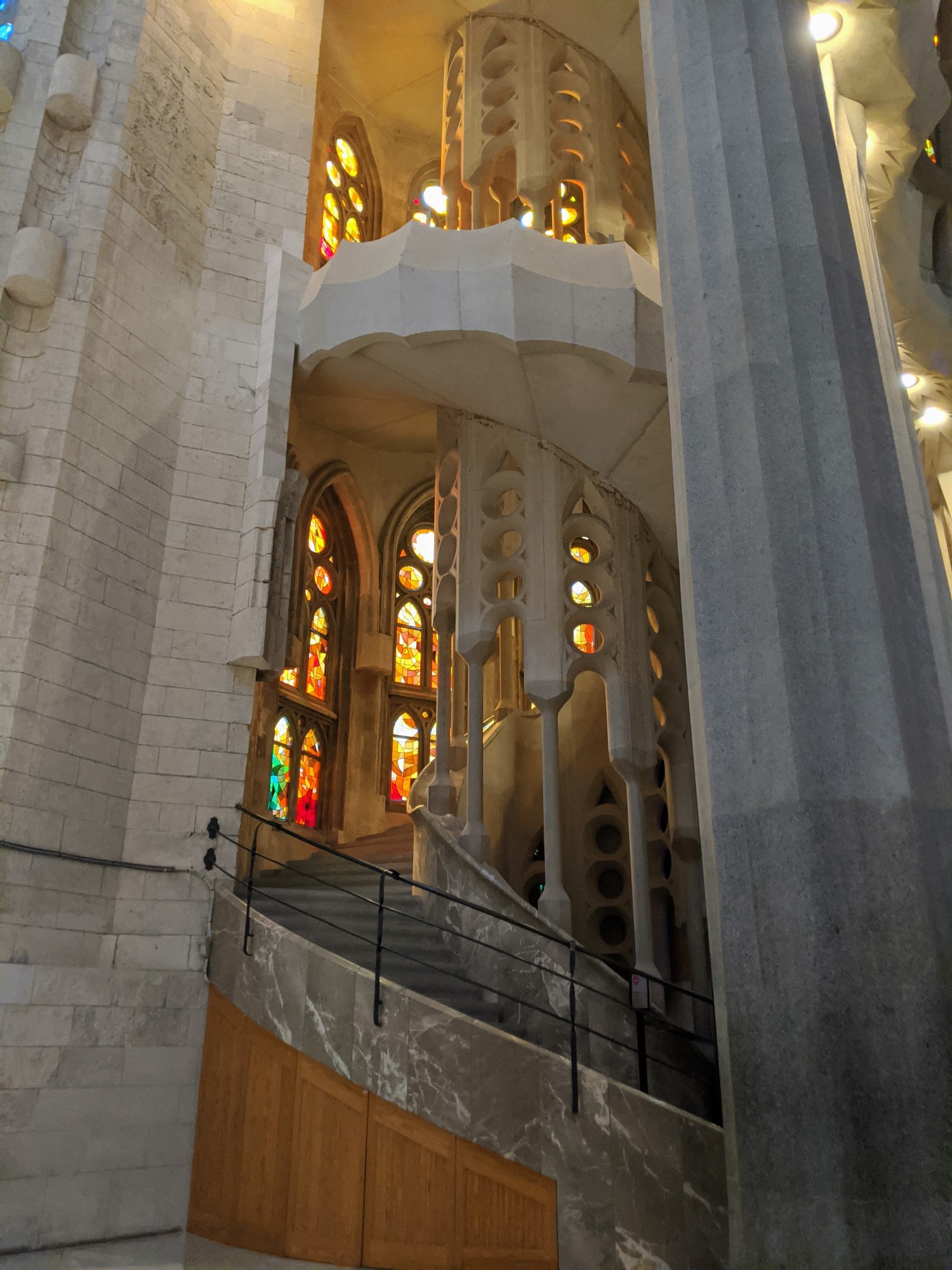 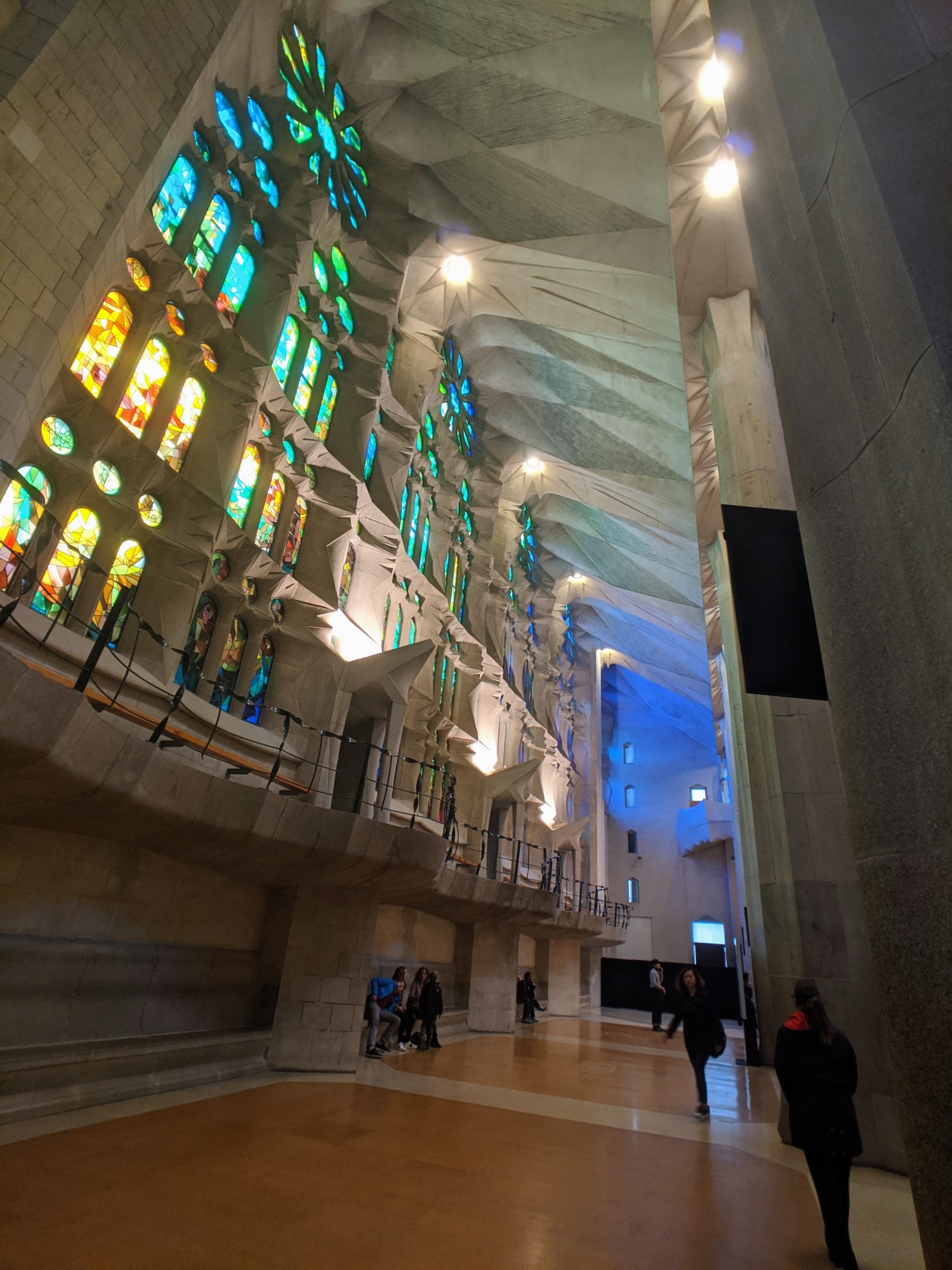 (Additionally, if you’d like to see some footage of the interior, we have a video here).

We tried to time our entrance with the sunset in order to see the stained glass become illuminated and it semi-worked. It was a worthwhile endeavor that may work better during the summer months when the sun is stronger and there are fewer clouds. This is facing the west, where the colors should be brightest coming in through the stained glass: 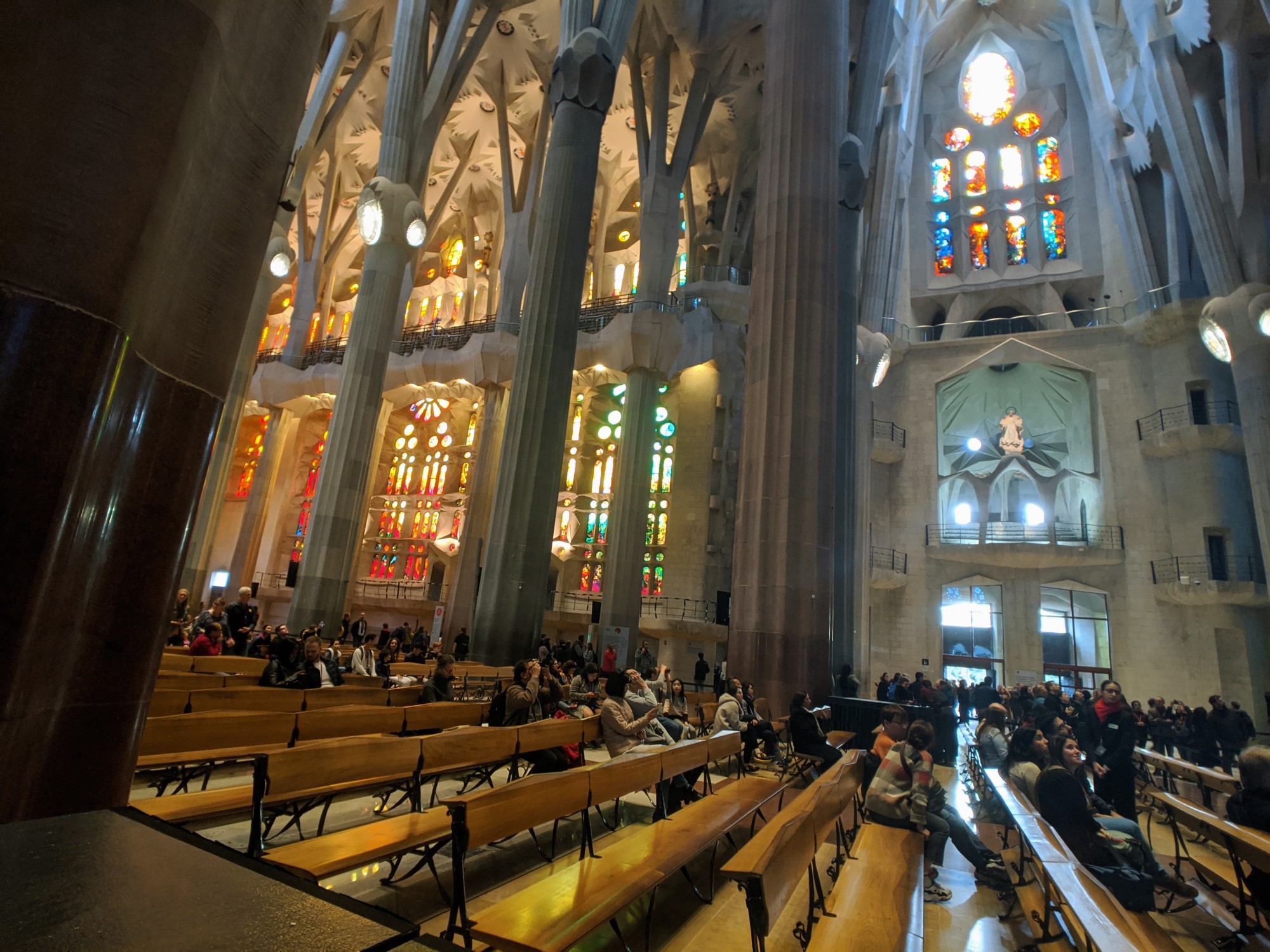 The following day we did the Rick Steves “Barcelona City Walk” tour that brought us all around historical Barcelona, starting at the Plaza de Catalunya. 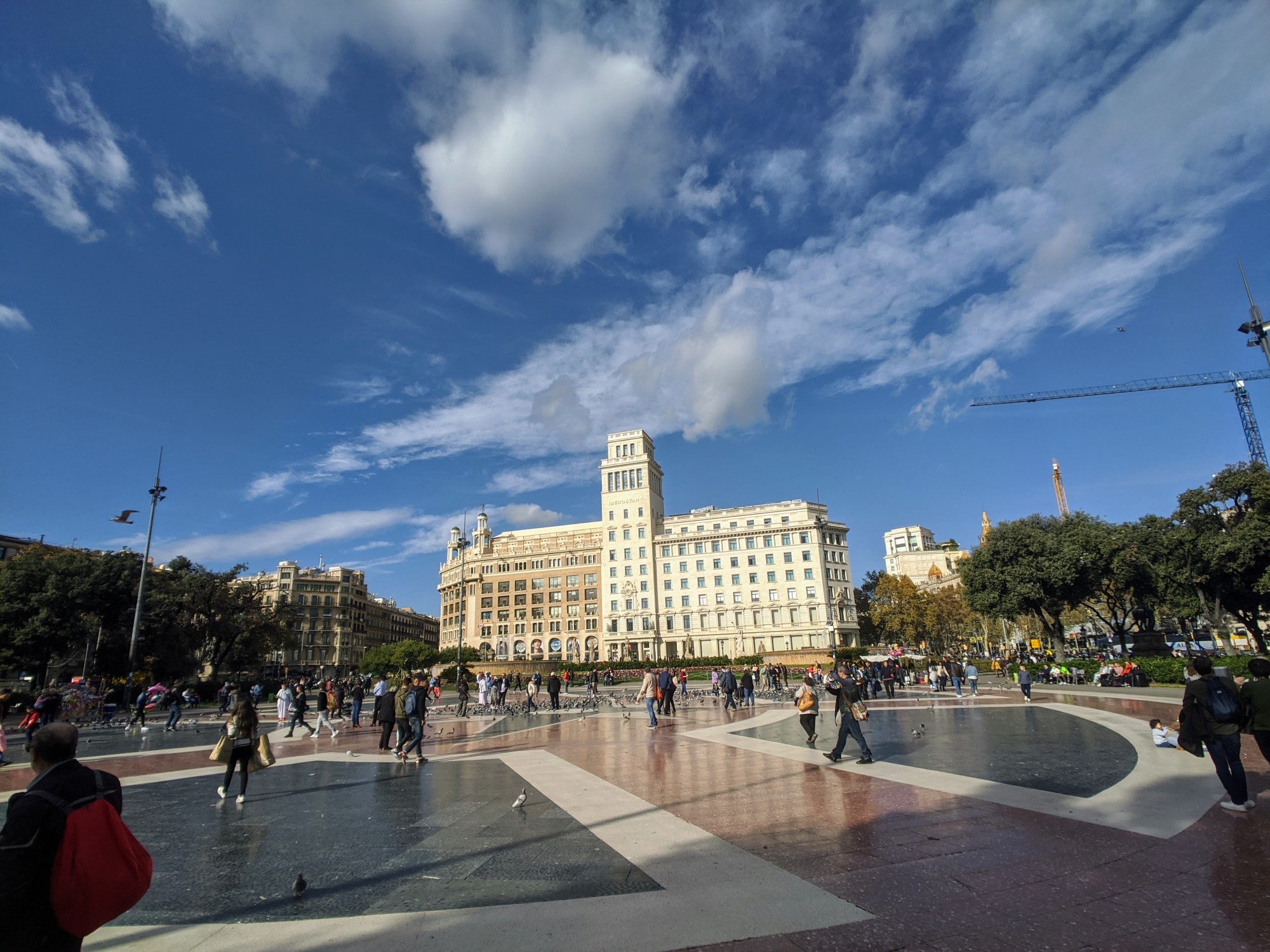 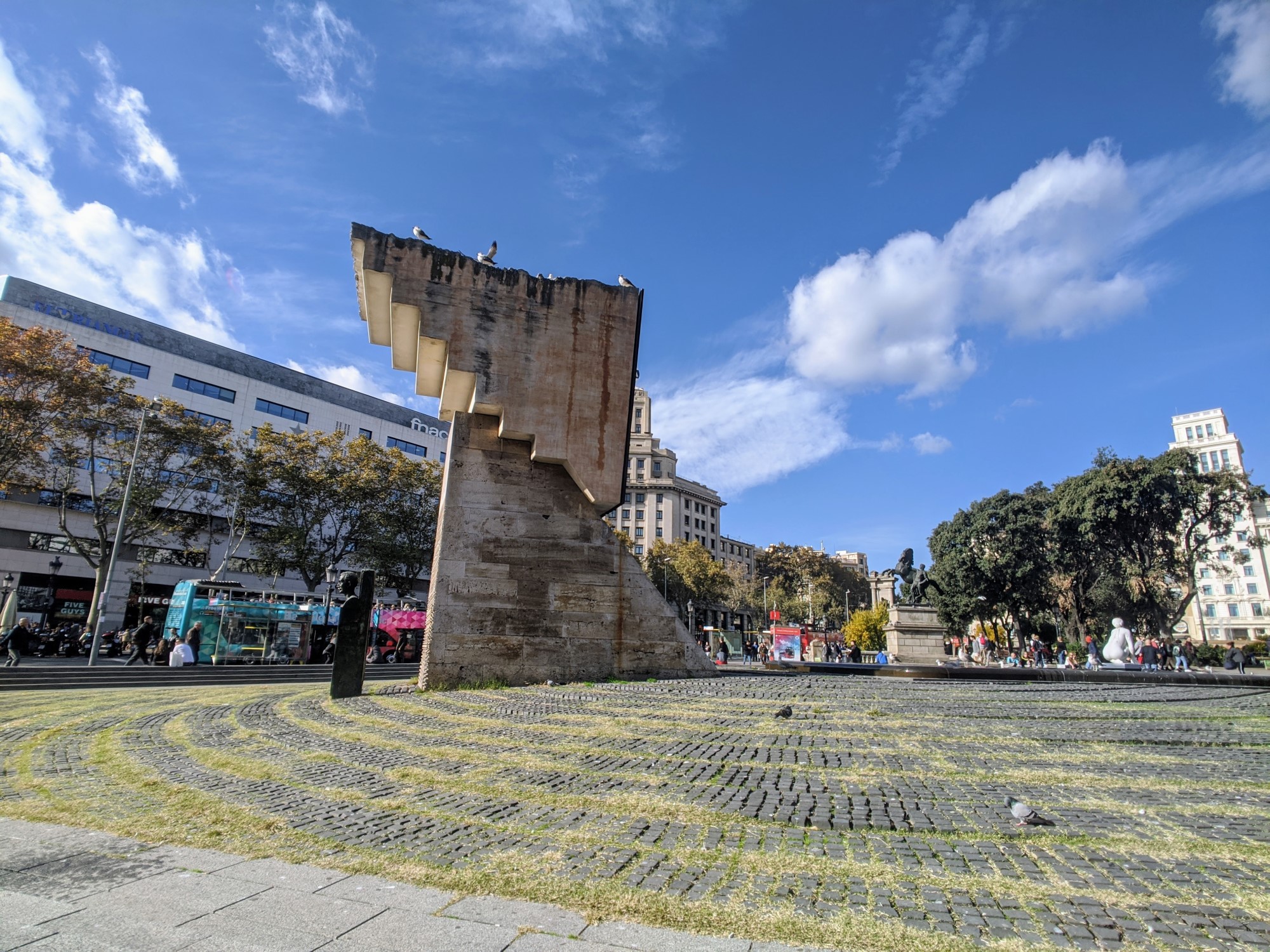 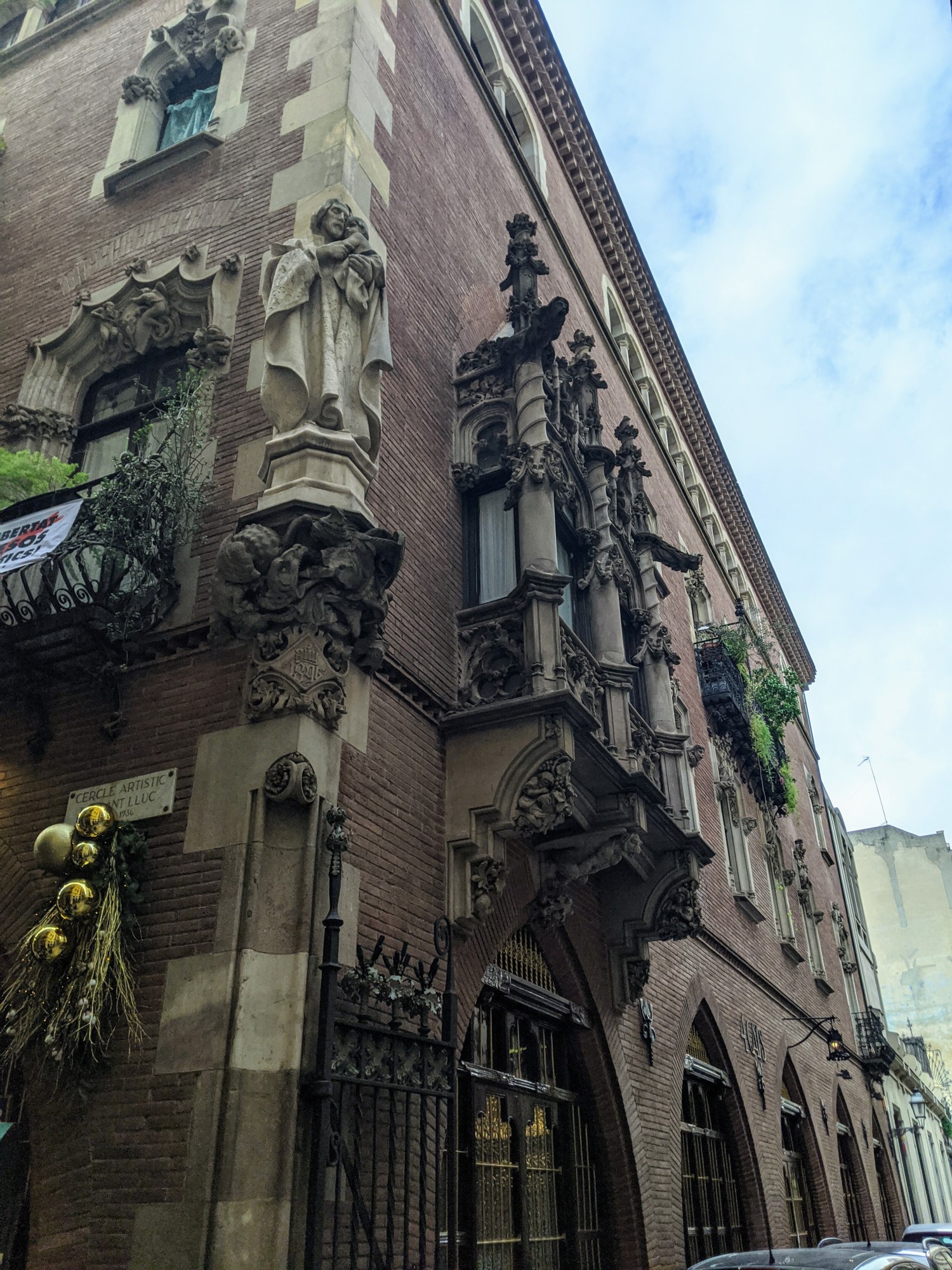 We refueled at the Els Quatre Gats- the famous bar and meeting spot of artists who were part of the modernist movement. There were surprises around every corner, including a fight between two groups of gypsies in front of the Cathedral of Barcelona. Again, here I’ll let the photos speak for themselves. 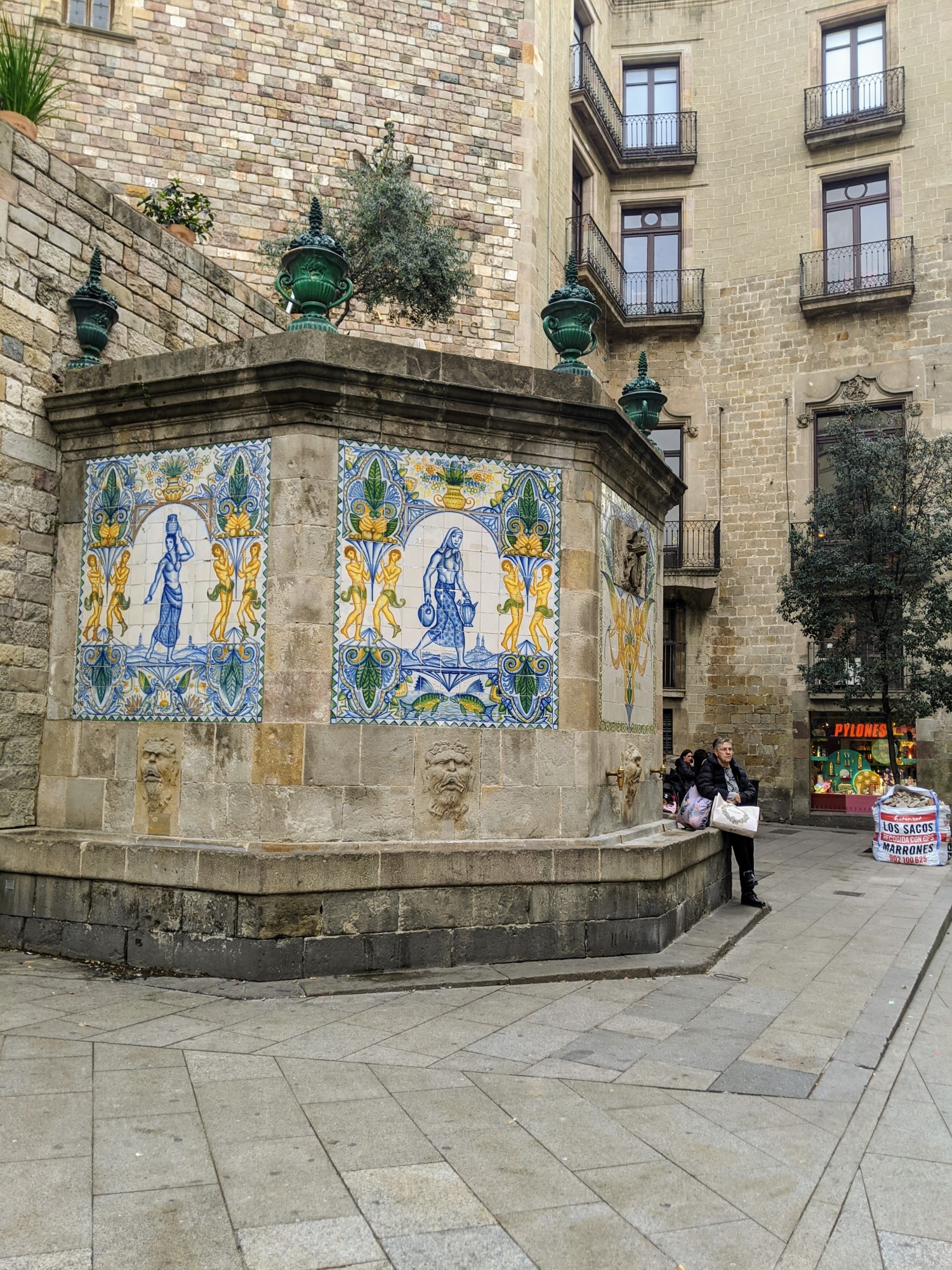 Entrance to the Gothic Quarter: 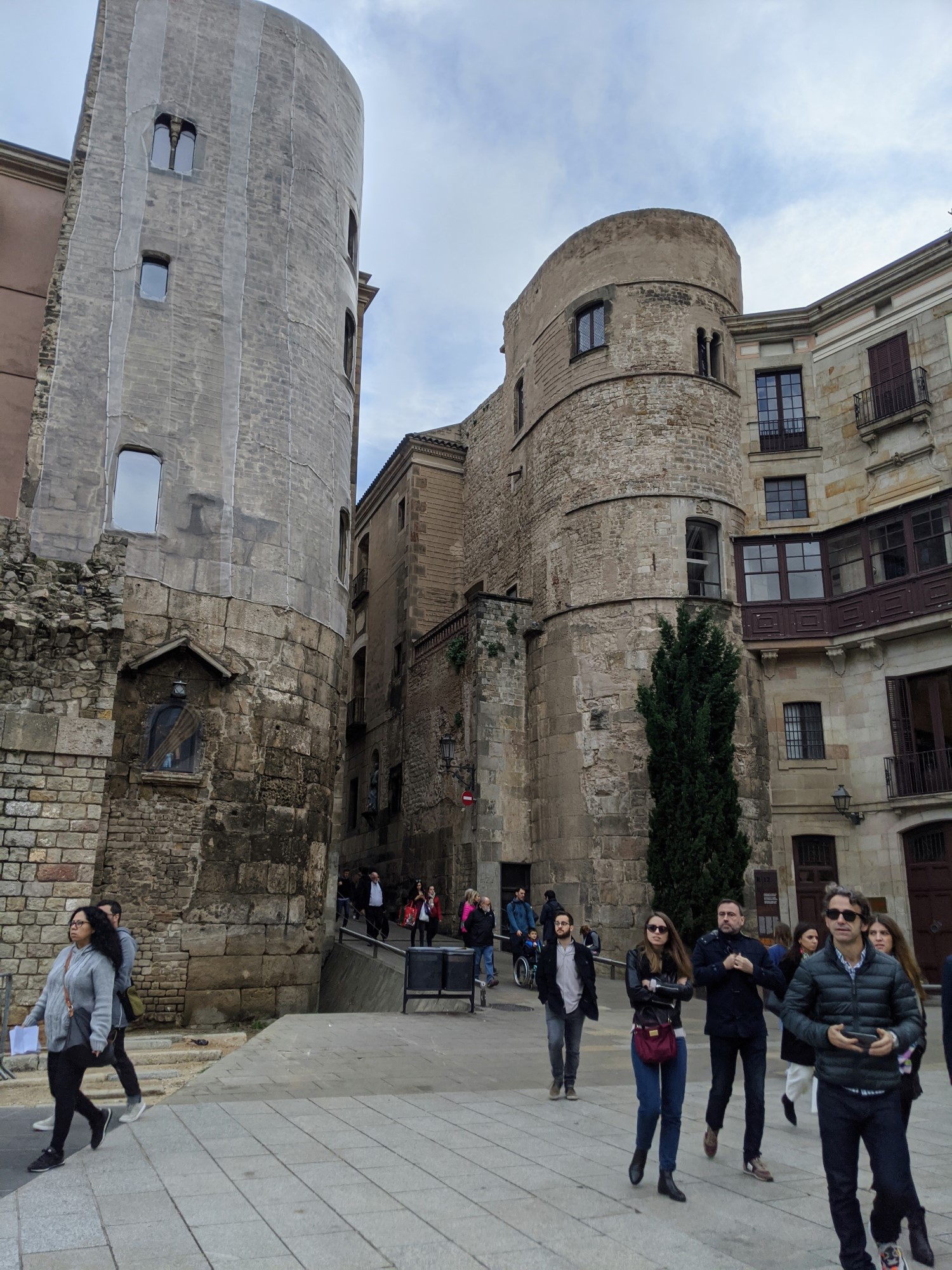 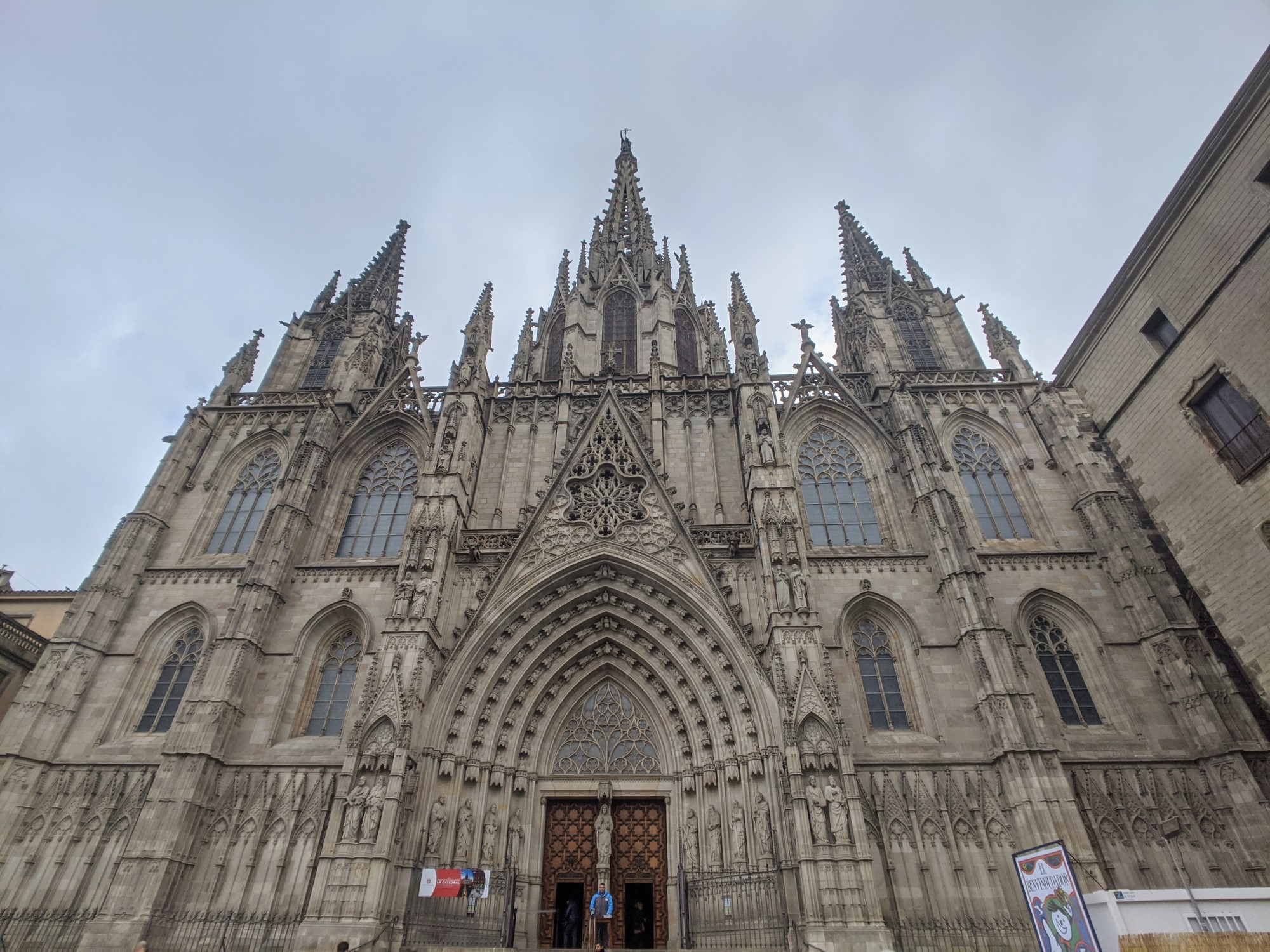 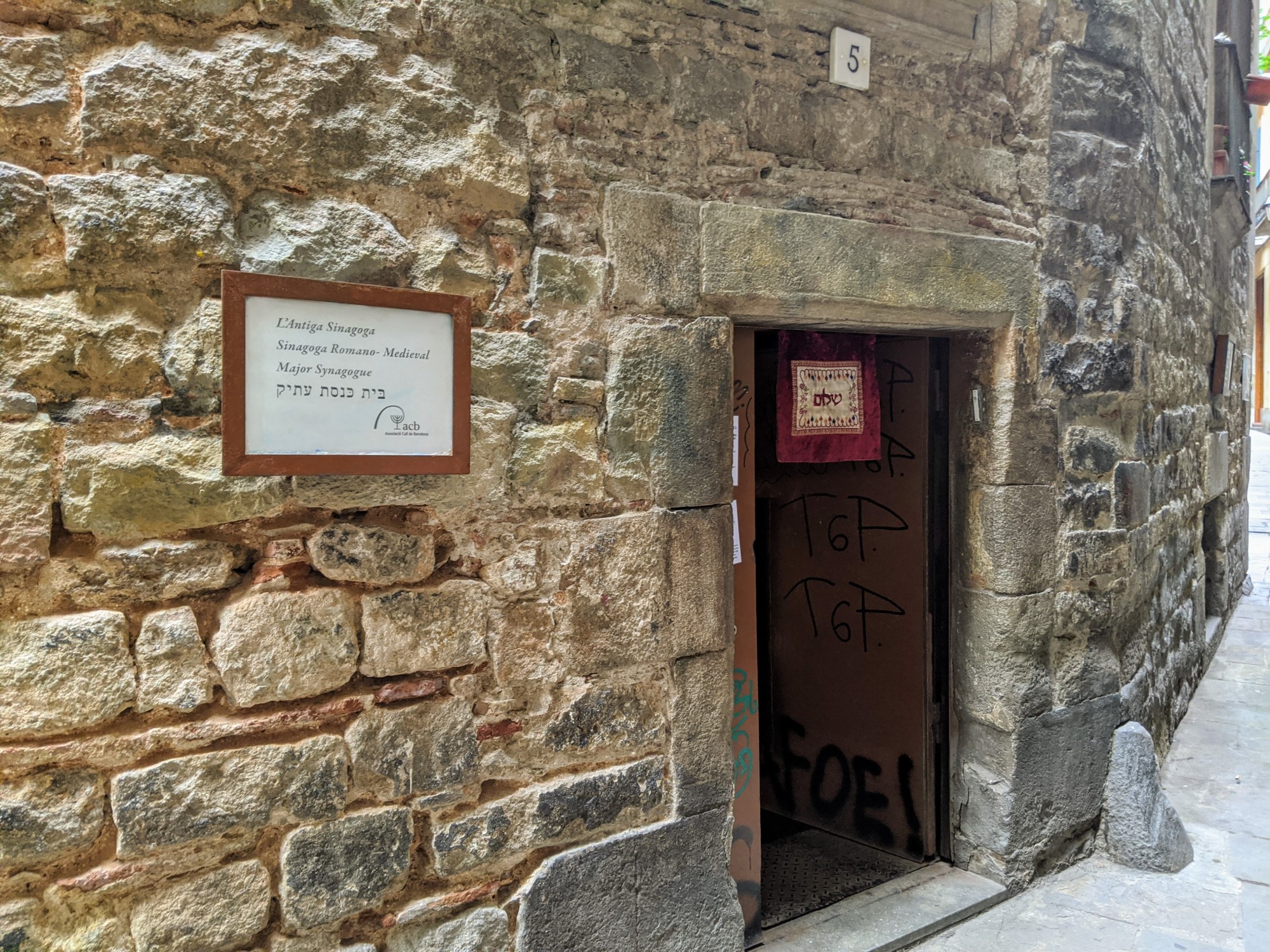 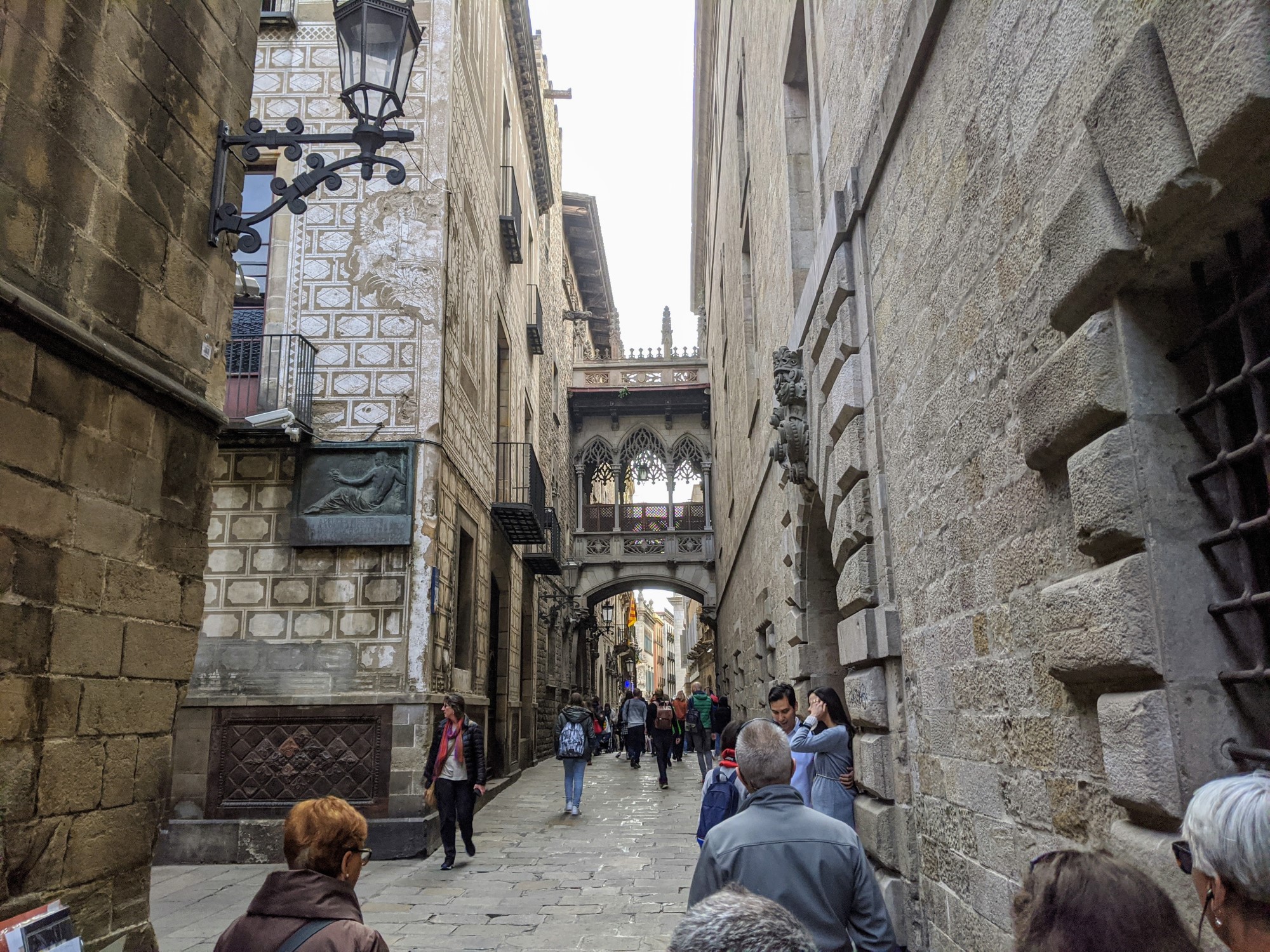 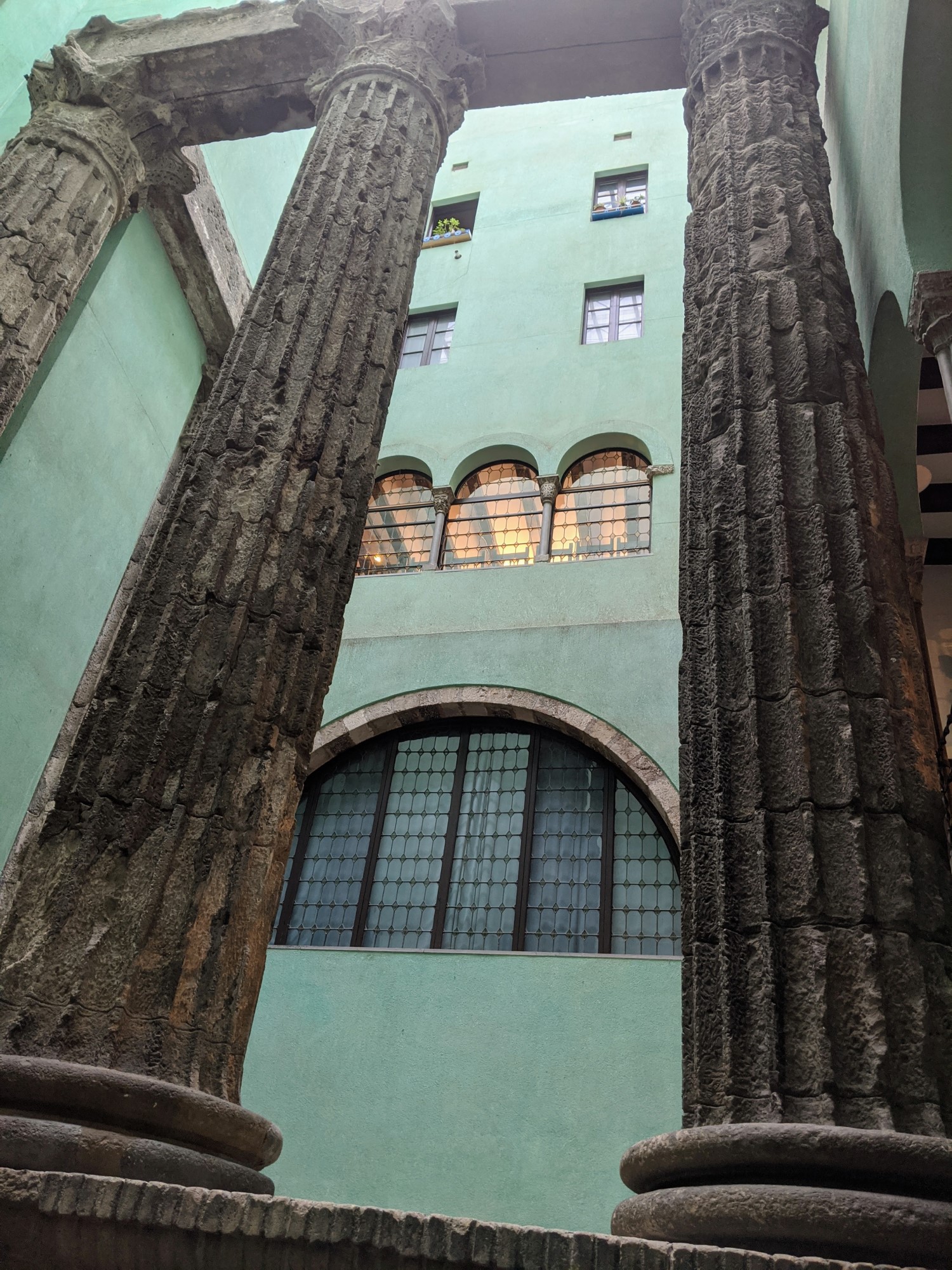 Eventually we made our way to Nomad Coffee. We were totally unprepared for the outstanding pour over we received. I believe it was an anaerobic bean from Colombia. Tasting of limes, it was an unforgettable flavor. Our experience was then further improved when we inquired about the “Taste of Competition” on the menu. This drink turned out to be a flat white and an espresso made from their competition beans- the flat white also used “bled milk” (basically concentrated milk). It was truly spectatular. 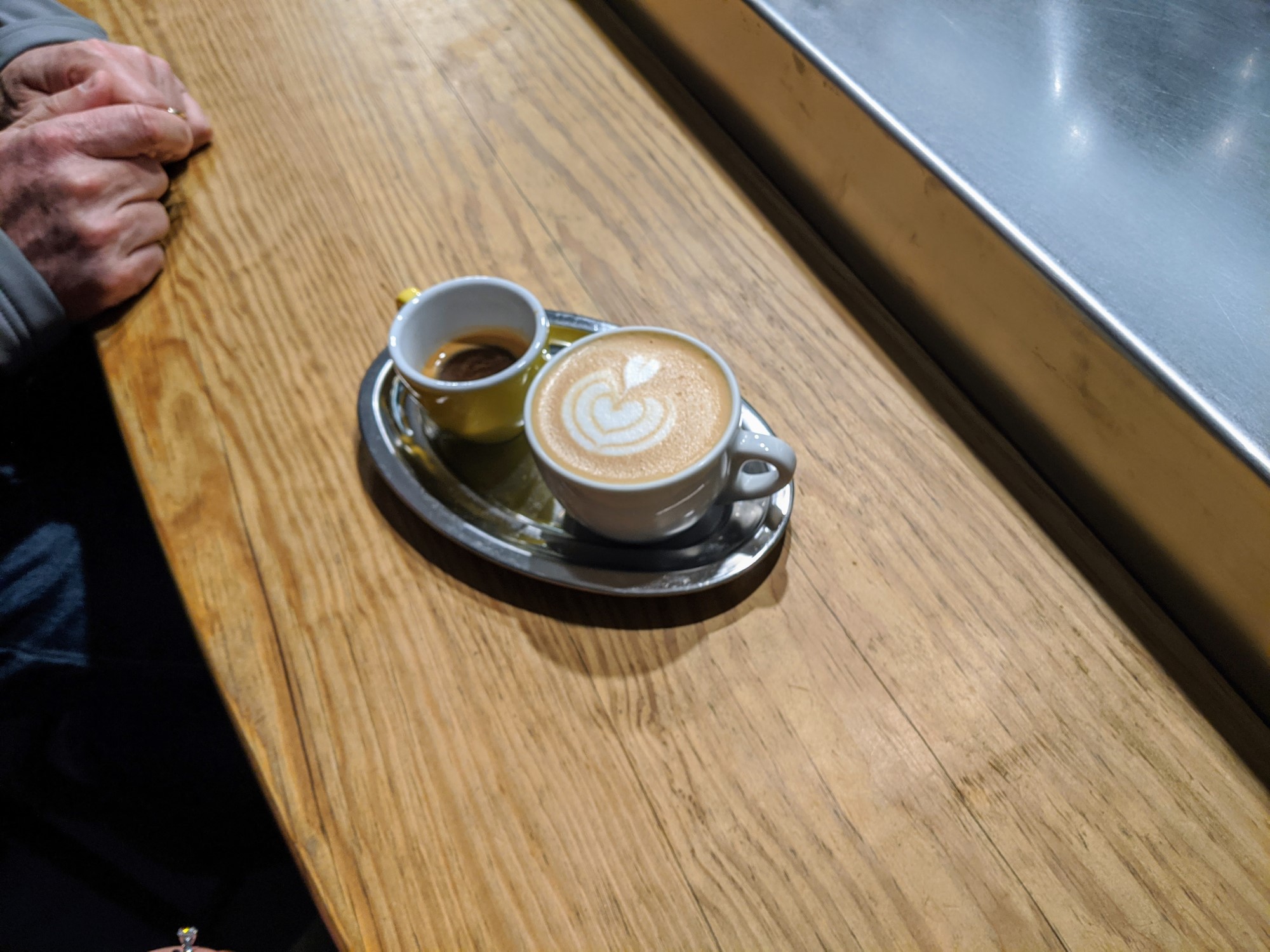 We did a lot of walking and wandering, even finding an Argentine empanada place. The greenspace was plentiful, the roads were well organized, and the sidewalks were spacious. We spent a total of three full days here and it absolutely was not enough. There is so much to do and so much great coffee to drink. We did not make it to any of the scenic parks on the outskirts of town, nor to Park Guell, nor to any Barca football games… oh well, guess that will have to wait for next time! 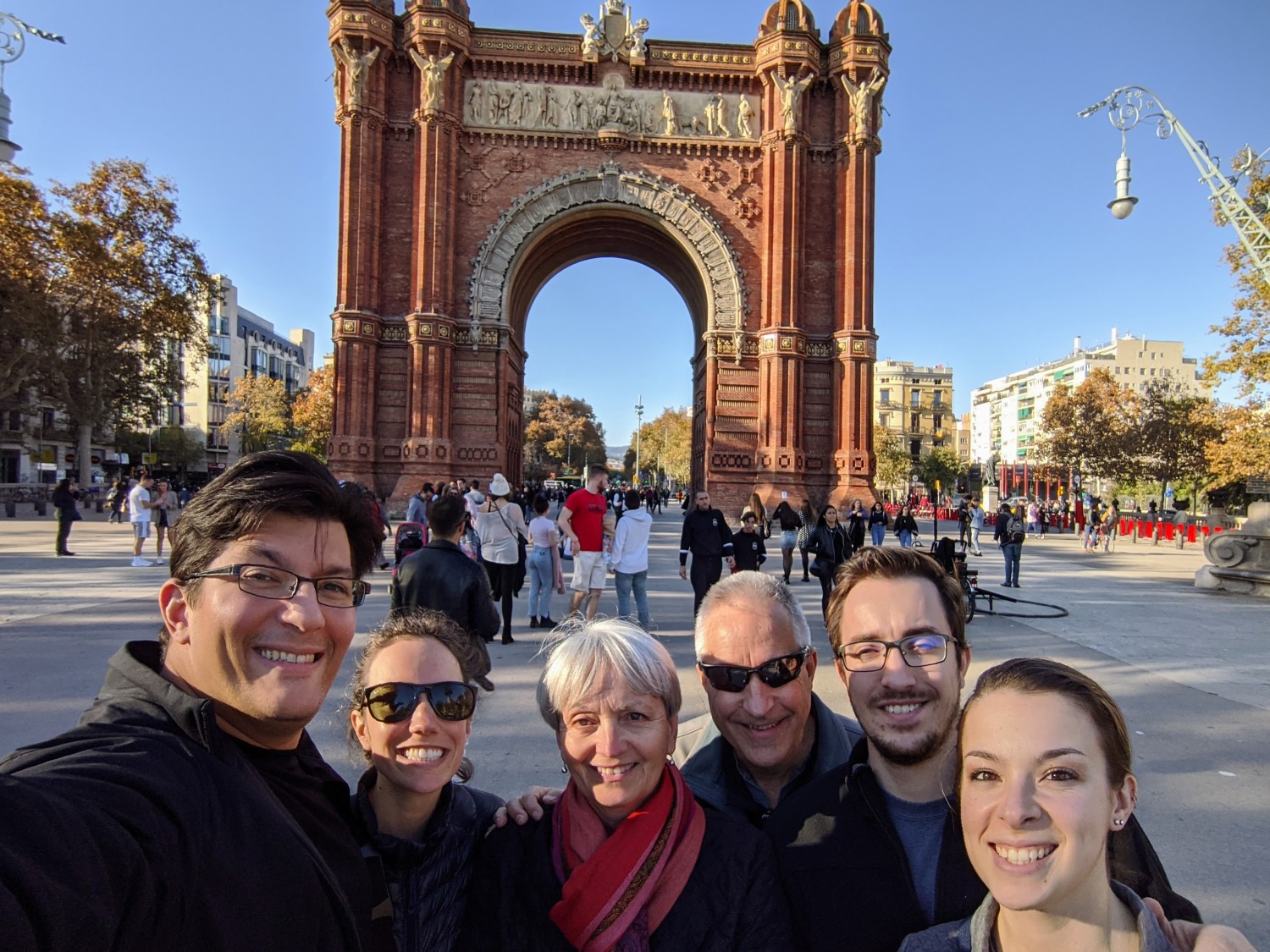 Despite me being confused by Catalan (though Spanish and English were spoken pretty much everywhere), I really loved Barcelona. Mollie’s parents (aptly) described as being somewhat remiscient of Buenos Aires but cleaner and nicer. It might just well be one of my favorite cities in Europe- three days definitely wasn’t enough and I need to go back.

I would visit Barcelona again for the coffee shops alone. Besides the coffee, Barcelona was clean, safe, well-laid out, and striking. The Modernisme styled buildings were unlike any other city, provinding an artsy, quirky, opulent feel. I wouldn’t hesitate one moment to return, and I dream of being back in Catalunya soon!